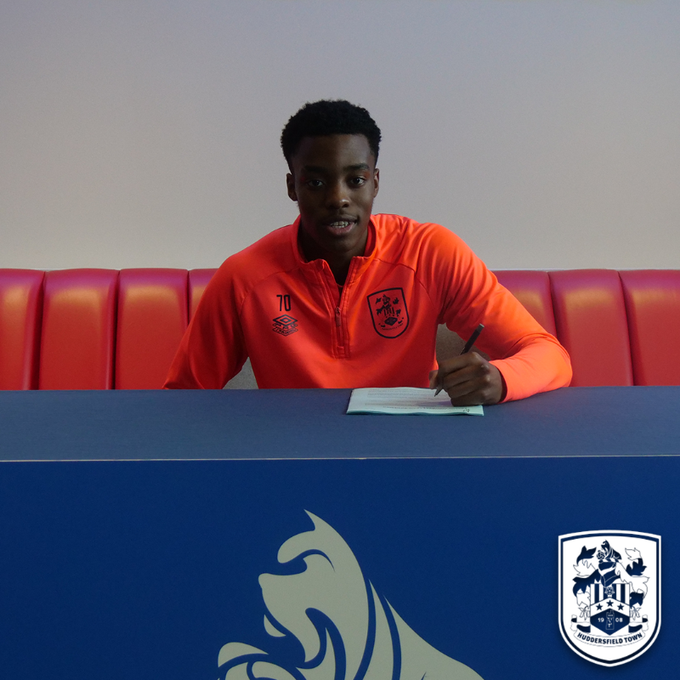 Huddersfield Town has secured the future of highly-rated defender David Adewoju, who put pen to paper on a deal that will keep him at the club until 2024, with an option of a further year in the club’s favour.

Having previously been on the books of Queens Park Rangers, the tall, left-footed central defender joined the Town Academy in the summer of 2020 at Under-17 level. Since then, he has impressed the Academy and first-team coaching staff, earning his first professional contract.

The deal will see the young defender given time to progress from Under-19 to B Team level at the Club, with Town holding the option of an additional year in 2025.

As part of his footballing development, Adewoju has spent time out on work experience at local non-league outfit Ossett United this season, where he gained valuable experience in senior football.

Academy Manager Emyr Humphreys was pleased to see Adewoju rewarded for his efforts, telling the club website: “David has progressed really well through our Under-17 and Under-19 levels, and signing his first professional contract is a significant step and a sign of how well he’s performed. His next challenge is to again raise his standards and cement himself within the Town B Team. Having spent some time with Ossett United, there’s also the possibility of gaining further experience out on loan at a higher level in the coming months as well.”