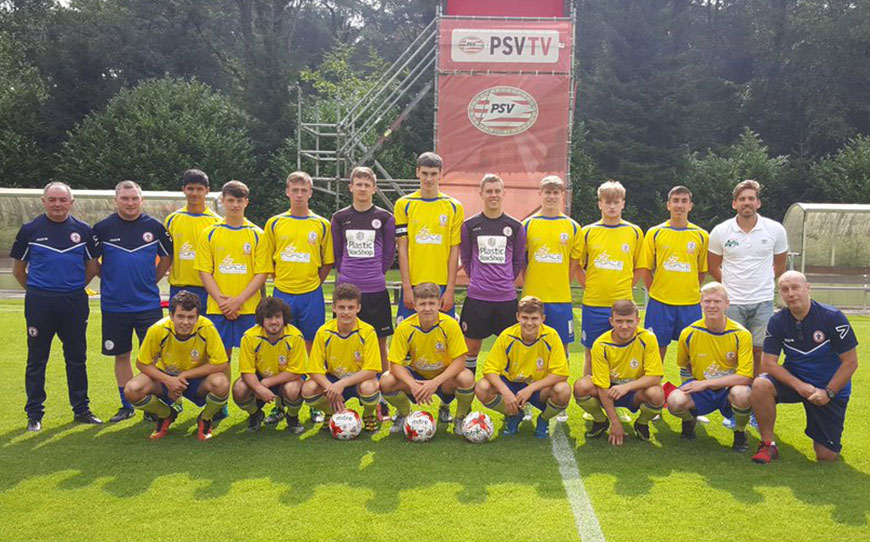 Accrington Stanley Under-18s fell to a 3-0 defeat against PSV Eindhoven in the final game of their pre-season trip to the Netherlands.

Despite creating a number of chances, Stanley were unable to grab a deserved goal as their positive display went unrewarded in a scoreline that flattered the hosts.

The visitors almost got off to a flying start straight from the first whistle when Harry Blackburn curled a pinpoint pass wide to Reagan Ogle, who delivered a dangerous cross into the area, but Joe Rathbone blazed his effort wide.

However after Accrington failed to capitalise on their opportunities, PSV claimed the lead when some clever play on the wing created space for a cross, which was inadvertently turned into the net by Stanley’s Josh Hmami.

The tourists saw another chance go begging when Niall Watson beat his man down the right flank and went through on goal, but was denied with just the keeper to beat after a brilliant save by the Eindhoven stopper.

They were made to pay as the hosts doubled their advantage when striker Yorbe Vertessen finished off a well-worked counter attack, despite suspicions of offside.

Stanley were again left to rue their inability to finish shortly after the break as Rathbone fired over the bar from six yards out.

PSV thought they had extended their lead, only for Ross Sykes to clear off the line, but they did it make it three moments later when Sekou Sidibe raced away after being played in behind the defence and slotted past the keeper to seal the win for the home team.