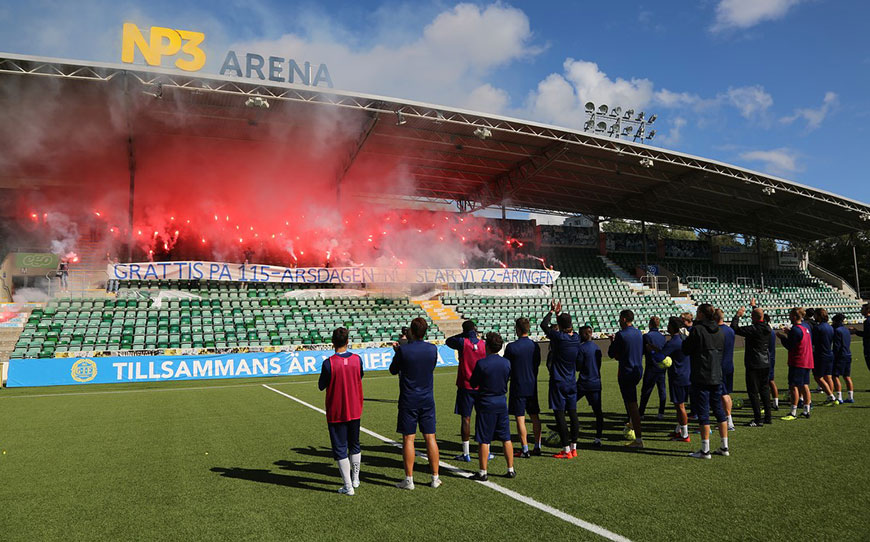 Another crop of former apprentices have been sent out to Sweden via League Football Education’s Erasmus+ Player Placement programme, which sends players out to Scandinavia for three months.

Over 200 ex-academy footballers have been involved since the scheme began in 2008, with around 40 per cent gaining professional contracts following the initial placement period.

Project coordinator Elaine Brand said: “The placement programme provides players with a unique opportunity to live in another country, experience a different culture and play football beyond Under-18 level at a well-established club.

“Players with an enthusiasm to do more and the determination to make the most of any situation can really benefit from this type of placement. It allows them to gain life skills, learn a new language and develop as a player, while immersing themselves in the day-to-day life of a new culture.

“Many are fortunate in gaining a contract with the club, others come away with valuable experience which they can apply elsewhere, but all end the 12-week placement having improved their football performance and enhanced their career prospects.”

Last year, Sam Alderson, Zach Birse, Jake Croft, Zak Guerfi, Alex McMillan, Juma Omar and Jack Snelus all signed extensions at their respective clubs after completing the placement period. Meanwhile, Matt Keogh, Ben Chilcott and Scott Coughlan declined opportunities to remain in Sweden, instead favouring alternative options like University and US Scholarships, taking the tally of offers to 10 out of 25.

The latest cohort of 19 former apprentices are as follows: