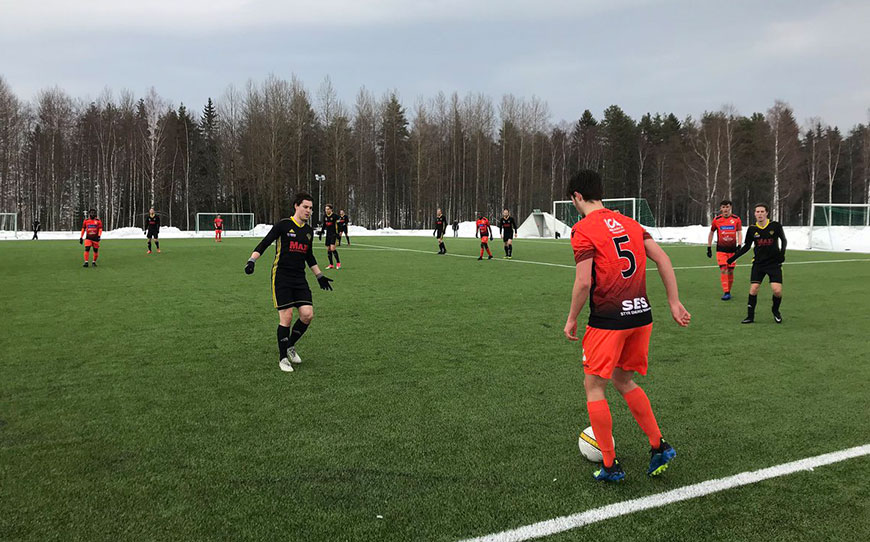 The latest crop of former apprentices to take advantage of LFE’s Erasmus+ Player Placement programme are already a month into their 12-week stay in Sweden.

Almost 250 ex-academy players have previously used the scheme to experience a new opportunity in Scandinavia, with around 40 per cent being awarded contract extensions after the initial placement period.

Nineteen young footballers were sent to seven Swedish clubs back in April and having completed the three months, eight were offered the chance to remain abroad, with three taking up the option to stay until the end of the season – Harry Turner and Liam Collings at Ytterhogdals IK and Craig Thordarson at Bodens BK.

There have also been exciting developments for ex-Stevenage apprentice Zak Guerfi, who earned a two-year deal at Bodens after being sent out there by LFE last spring. The 20-year-old was handed his first senior call-up for Tunisia in the summer ahead of the African Cup of Nations competition and has now moved on to play for Tunisian top-flight outfit US Monastir.

Project coordinator Elaine Brand said: “The placement programme provides players with a unique opportunity to live in another country, experience a different culture and play football beyond Under-18 level at a well-established club.

“Players with an enthusiasm to do more and the determination to make the most of any situation can really benefit from this type of placement. It allows them to gain life skills, learn a new language and develop as a player, while immersing themselves in the day-to-day life of a new culture.

“Many are fortunate in gaining a contract with the club, others come away with valuable experience which they can apply elsewhere, but all end the 12-week placement having improved their football performance and enhanced their career prospects.”

The latest cohort of 14 former apprentices are as follows: