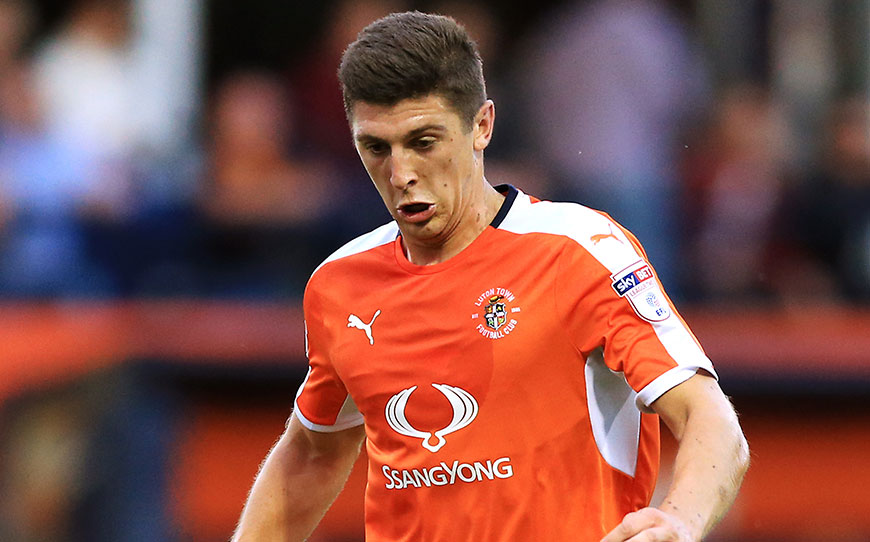 Yeovil Town have completed the purchase of Luton Town midfielder Jake Gray for an undisclosed fee on a two-year deal.

The 21-year-old is a former Crystal Palace apprentice and featured in LFE’s Goal of the Month competition back in October 2012 for a solo run and finish against Liverpool.

He told the club website: “I’m an attacking midfielder who likes to create chances and score goals. I like to get back in and defend as well so I’m box-to-box.

“I like to be really energetic on the pitch too and I feel I really suit this club. Hopefully I’ll score a few goals and excite the fans.”

Gray made two substitute appearances in the Capital One Cup for the Eagles at the start of the 2014/15 season before a brief loan spell in League Two with Cheltenham.

He then enjoyed a six-month period at Hartlepool United, appearing 33 times in the first-team which encouraged Luton to take him on a free transfer last summer.

And having made 28 appearances in all competitions for the Hatters last term, Gray is on the move again to his fourth League Two club.

He continued: “I was actually on the beach on holiday when the first contact was made. As soon as I was back I came down, had a great chat with the manager and now I’m looking forward to getting started.

“He’s explained how much of a big club it is and he’s aiming high this year. He is expecting a lot from me which is exciting. I’m really looking forward to playing a lot of games and believe we can have a successful year.”

Manager Darren Way added: “Jake fits the criteria for players we want to bring to Yeovil. He played in some very big games last season and was a consistent performer.

“We’re delighted to secure his services considering the interest he had from other clubs.”