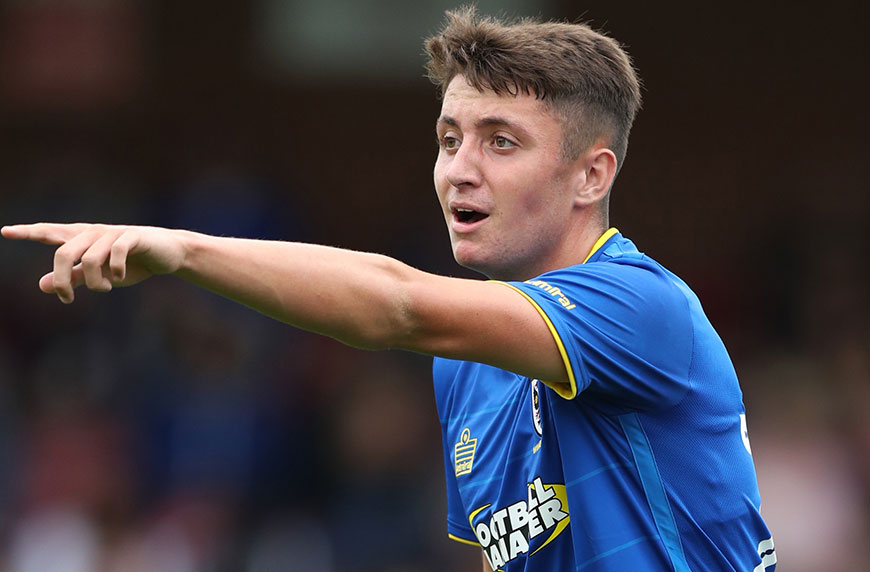 AFC Wimbledon midfielder Anthony Hartigan has been handed his second professional contract of the year following an impressive start to the 2017/18 campaign.

The 17-year-old penned his first pro deal in January and has now agreed an extension having made three first-team appearances in three different competitions this season.

Wombles boss Neal Ardley told the club website: “We offered Anthony a new deal and he has signed a longer term contract, which we are delighted with.

“The academy have been really positive about Anthony for a couple of years now and it’s hard until you get to see someone day in and day out. We have witnessed that and we have been delighted with him, as we have been with some of the other young lads.

“Over the next few years we want to start getting these players into the team. Obviously, it is a two-way thing. They have to produce and make sure they are up to the level, but Anthony has delighted us all and I thought he had another really good game last week.”

Hartigan, who featured in LFE’s Goal of the Season competition last term, made his senior debut in the EFL Cup against Brentford at the start of the month and following a league debut at Fleetwood Town, the teenager netted his first goal during the Dons’ 4-3 EFL Trophy triumph over Barnet.

“Anthony can do a lot of everything,” Ardley said. “You talk about what the manager needs from midfielders, defenders or young players; he needs to trust them. He does not show any signs of doing stuff that he will cost the team on a Saturday.

“There is always that balance of giving them the time and not losing games because of youthfulness or naivety. Anthony has done brilliantly; he always wants to learn, even to criticise himself, which is not usually the case with young lads.

“He has everything there if he can keep pushing on and we work hard on getting the strength and power into his body. He is only 17 and hopefully we have got a really talented player on our hands.

“We are delighted to sign him and hopefully there will be others to follow suit, sooner rather than later.”