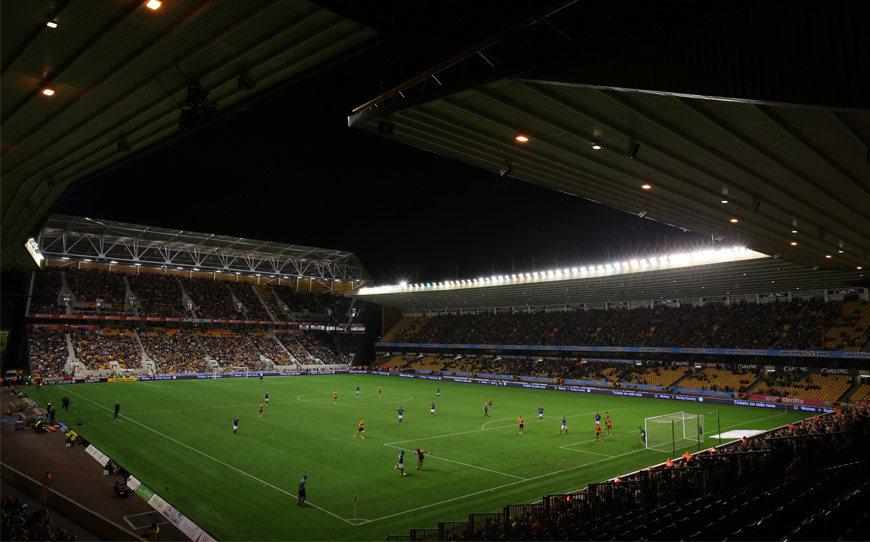 Jerry Gill, the Wolverhampton Wanderers Under-18s coach says that his team is relishing being back at Molineux for tonight’s fifth round FA Youth Cup tie against Reading (7pm).

Wolves will be without their England Under-18 starlet Niall Ennis, who is recovering from a fractured fibula. Despite the loss of their star striker, Gill’s team warmed-up for this fixture with a 2-0 victory over Liverpool last weekend and boast a good record on home turf.

Wanderers have scored eight and are yet to concede on home soil in this competition after registering a 3-0 win over MK Dons and putting five past the Metropolitan Police.

Reading though, who currently sit second in the Southern Division of the Under-18 Premier League, are likely to prove tough opposition. And Gill revealed that he has left no stone unturned in his team’s preparation which has even included moving training to the evenings in readiness for the arrival of Reading.

“It keeps it fresh, but it also gives them an idea of how to get their bodies ready for that time of night,” Gill said. “We train normally in the mornings, we play our games on a Saturday in the mornings and, come FA Youth Cup, they’re in the evenings, so why not prepare properly so that we give every player the opportunity to go out there and perform to their best?

“Reading are a good team and traditionally a very good Academy – they do things properly. Myself, Sean (Parrish) and Gareth (Prosser) saw them in the previous round at Fulham so we have got some ideas of how they play and we had them watched again on Saturday.”

“We will come up with a game-plan which might have to be something different to previous rounds. We know they will be tough and we respect what they have but it is also about us and making sure we perform as we have been recently and if we do that then we will have a really good chance.”

“It would be great to see as many people as possible at the game. We’ve shut down some of the academy from the evening so that all the younger players can come along and watch as well.”

“The players are in really good form and good spirits, they’re playing some really good free flowing attacking football. We’ve played at Molineux three times, once in the league and twice in The FA Youth Cup and we’ve won all three and kept clean sheets in all the games, so hopefully fans and players alike will take confidence from that.”

“Hopefully people that come along will see a good game of football and see players trying to play in the right way and entertain as well. We are thoroughly looking forward to being at Molineux – it gives the lads an extra buzz – and we are ready for a really hard game.”

“Reading are second in their league behind Chelsea and they beat them on Saturday which tells you how good a team they are.”

Gill and the Academy staff have tried to provide fresh challenges for the players since returning after the Christmas break and have been rewarded with three wins and a draw from four fixtures played since.

“At times they need to be challenged and we might end up losing some games if we lose some players to the 21’s or they go up and train with the first team and don’t get the better of those first team players.”

“At the moment they are in a really good place, bouncing off the confidence and taking them into games, and we have seen some really good development.”

“If you look back from the start of the season and then from Christmas they have taken it up another notch. And if something isn’t right in training then we will tell them.”

“We had a couple of moments in training last week when they needed a couple of reminders and it is important that they get those in the right way and don’t drop their standards. Because if they do drop standards then they might up not doing as well as they could do,” he added.