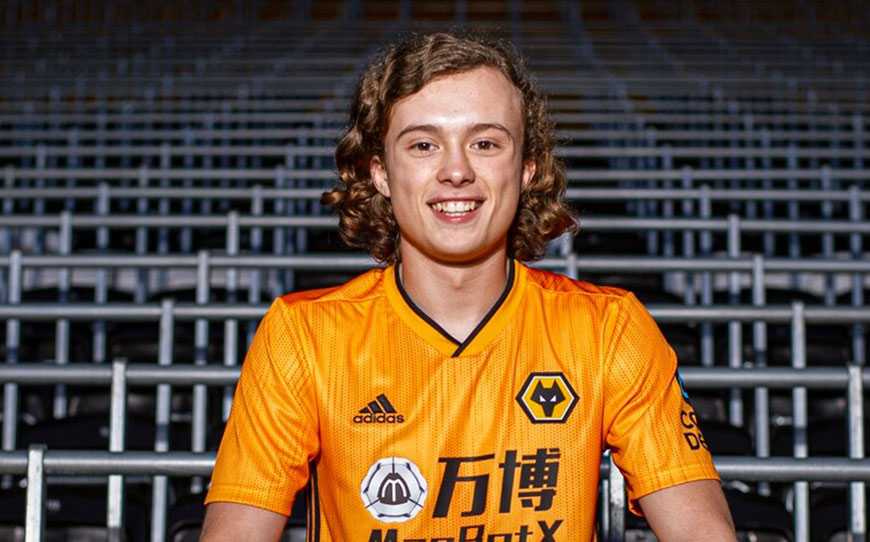 The 17-year-old has been a revelation for boyhood club Rochdale since becoming the club’s youngest ever player as a 15-year-old against Bury in September 2018.

Having made seven first-team appearances as an Under-16, Matheson has established himself as a regular this term, racking up 24 outings across four competitions.

Most notably, the dynamic full-back starred in Dale’s Carabao Cup trip to Old Trafford, where his second-half volley helped take their tie with Manchester United to a penalty shoot-out.

Matheson, who was named in LFE’s ‘The 11’ in November, has also been a tremendous performer off the pitch, studying three A-Levels in spite of his first-team and England youth commitments.

“Our recruitment team have watched Luke since he made his debut at 15,” Wolves sporting director Kevin Thelwell told the club website. “He’s still only 17 and has made a lot of appearances for Rochdale in League One, which is a very good standard, and had strong games in the cups, particularly this season against Manchester United and Newcastle United.

“The system we play, it’s set up for him. He plays at right-back for Rochdale at the moment, but he’s a right-wing back in our eyes because of his energy and ability to continually sprint and recover.

“At 17, for a boy to have so much experience, be English and have such a strong mentality is fantastic and we think he’s everything we’re about.

“He’s playing so often at Rochdale, so we’re sending him back there on loan, to continue to get experience and that should hopefully give him more game time. Then he’ll come back to us for the start of pre-season in the summer.

“It’s great for all of us to get him in the building, we’re really excited and we think he’s going to be a top talent.”

Matheson added: “It’s amazing to be part of the pack. It feels incredible to have such a prestigious badge on the front of my shirt.

“Wolves is such a great club, giving constant opportunities in and around the first-team for players my age. That was something that attracted me and I’m looking forward to having that opportunity.

“The facilities are amazing, they are second-to-none. You’ve got world class pitches, coaches, facilities for anything and everything. It’s the best footballing place I’ve ever been to.

“It’s always a big factor when you can see that there are opportunities there for young players. You know, I am still 17, I’ve hopefully got a long playing career in football and hope Wolves can give me some opportunities that I can grasp in the palm of my hand.

“Everything I’ve done at Rochdale at the first-team and at the Academy has prepared me for the next step, so I feel like I am ready. I’m ready to go, I’ve just got to not change my mentality, who I am. I’ve just got to keep everything the same and then everything will take care of itself.”