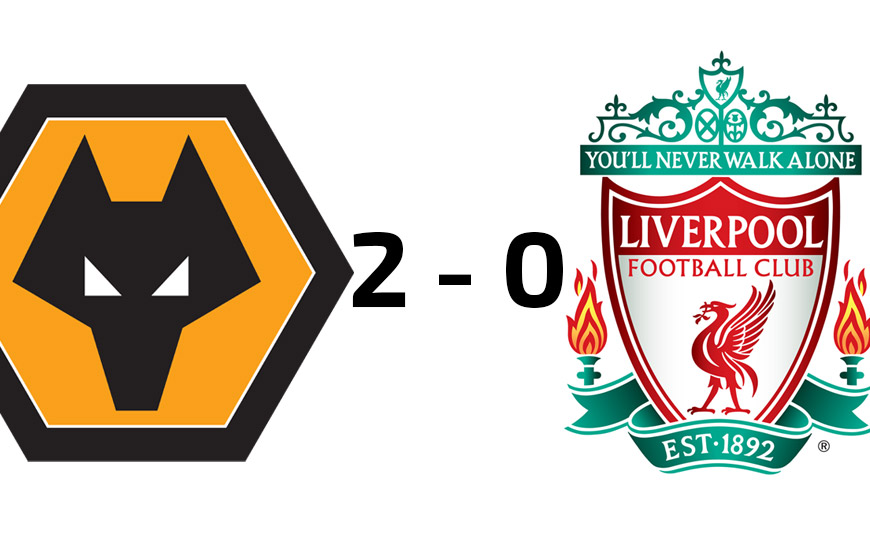 On a bone chilling morning which was made worse by windy conditions the home side started on the offensive and midfielder Connor Ronan immediately forced Liverpool keeper Caoimhin Kelleher into a smart save from a 25-yard free kick.

Receiving the ball in dangerous areas down the right-hand side, Armstrong displayed moments of quality attempting to thread clever passes through the visitors defence.

Both sides, set-up in flexible 4-4-2 formations looked to hit the other on the counter attack. Liverpool forward Toni Gomes fired over after latching on to a long ball forward and beating his man.

Joe Delacoe then beat the offside trap for the home team but hit the side netting with his effort. Wolves’ Romanian winger Nicu Carnat was then afforded yards of space inside the Liverpool penalty area but fluffed his lines.

Wolves keeper Rhys Bills produced a wonderful stop to deny the Reds captain Trent Alexander-Arnold on the stroke of half-time.

If Liverpool had failed to take advantage of the wind during the first half, Wolves weren’t about to make the same mistake. Good build up play allowed Delacoe to get a shot away which Kelleher could only palm into the path of Armstrong. The Scottish midfielder dropped his shoulder, beat his marker and slotted the ball under Kelleher.

Boosted by the goal, Wolves became increasingly threatening. Kelleher managed to reach a through ball before Delacoe, while Armstrong continued to impress with several driving runs.

He then appeared on the opposite side to fire a sweet left-foot shot past Kelleher following a good team move to make victory certain.

Wolves U18s coach Jerry Gill was delighted with his team’s performance. “I thought it was an excellent game of football actually,” Gill said. “We had a game plan going into it as we always do, working off our phases. Obviously the wind was against us first half we came under a bit of pressure at times but I thought we defended very well.”

“We still tried to play out even though the wind was against us, we worked out different ways to play out, different lines of distribution to play out and were effective doing that. At half time I said to the boys with the wind we’d probably have spells of possession where we were going to create chances and we did that, we played some really bright stuff second half.”

“The game went a little bit open for 15 minutes and we had to block it off, changed to a diamond and put a few more bodies in the middle of the park. Overall it was a really pleasing result, to keep a clean sheet and be so creative in our play on a tough day was pleasing.”

With an FA Youth Cup clash against Reading looming on the horizon, Gill was also pleased by the contribution of Armstrong.

“He’s a player that comes in off the side, a left footer on the right-hand side. He’s creative and we’ve challenged him to mix his game up a little bit more and he’s done that,” he added. “Coming off his right-foot and his left and scored two really good goals, I thought the second goal was a really good team goal, really good combination play and a good strike to finish.”

“It’s time now to do some really detailed work, we had them (Reading) watched today so we’ll have a report coming back today and we’ll start training next week in preparation for that.”