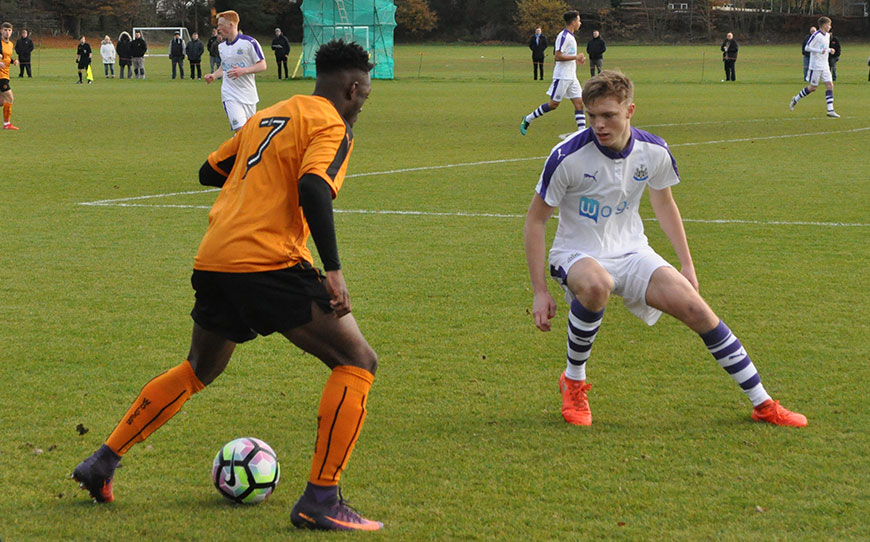 By Liam Gotting: After an uneventful opening this game sprang to life when Newcastle striker Mohammed Sangare spurned a glorious chance to open the scoring from 10-yards-out in the 25th minute.

Wolves passed up an even better chance two minutes later when Ryan Giles, left with a free header 8 yards out from goal wasted a superb cross from Austin Sannels by misdirecting his header wide of the target.

Wolves skipper, Jordan Allan then went through on goal after a brilliant pass from Sannels but the outstretched leg of Newcastle keeper Ben Smith denied him an opening goal.

The hosts did capitalise on all their pressure eventually though in the 40th minute. Sannels, a stand-out performer for Jerry Gill’s team, dribbled past three Newcastle players before sliding the ball across the goalkeeper into the bottom left corner to give his team the lead going into half time.

The second half started very similarly to the first, with both teams showing a cautious side. Taylor Perry could have doubled Wanderers lead but his half-volley was well held by Smith.

After a disappointing run of form, Wolves looked to be in charge but their hopes of earning all three points were dashed by two quick Newcastle goals.

Kieran Aphin equalised in the 63rd minute with a free header from Owen Gallagher’s cross. And then four minutes later Mace Goodridge, recruited from Manchester City in the summer , hit the winner with a cool finish inside a crowded penalty area to leave Northern Ireland stopper Rory Brown with no chance. 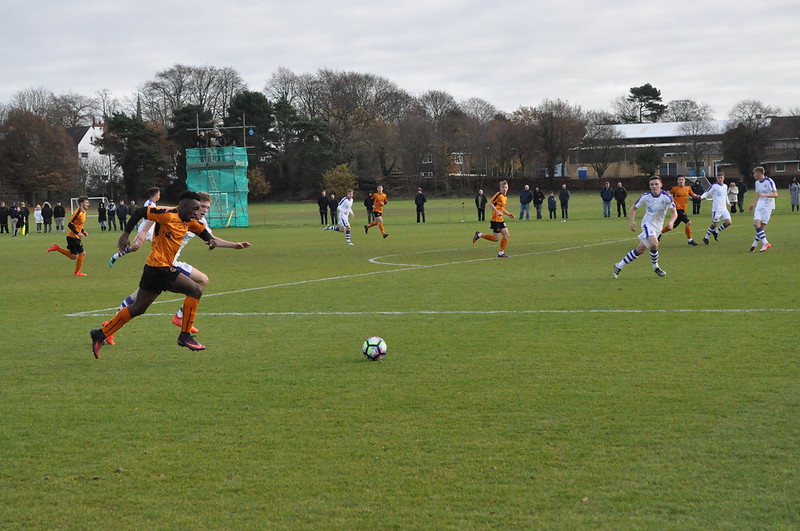