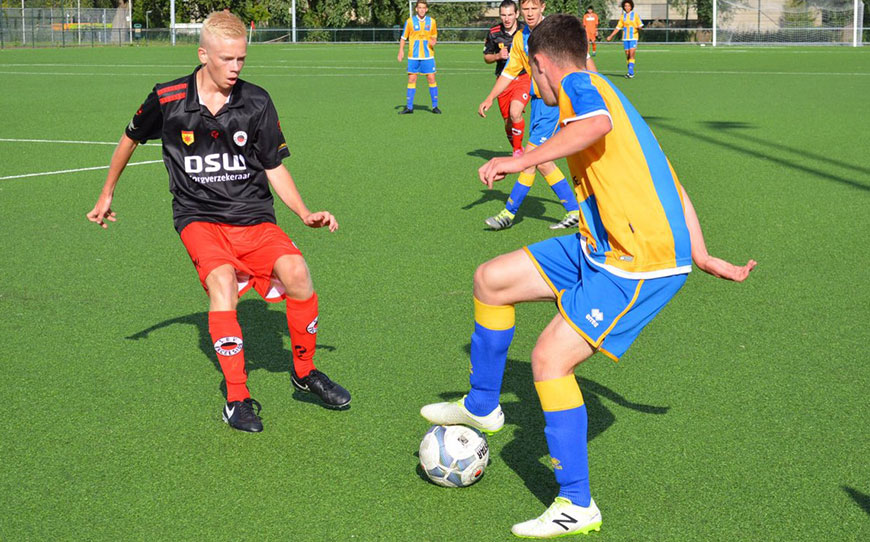 Thus far, our pre-season tour in the Netherlands has been outstanding.

As a team, we have been given the opportunity by the LFE to experience things not many people can. To play football abroad against some great teams and come away with your team of friends is an honour.
We have stayed at two hotels while we have been here and both have been unbelievable accommodation. We have been spoiled with great facilities!

It has been a good experience on the pitch and we have now played our set of fixtures here. First, we travelled to Germany to play MSV Duisburg, where we won 4-1, which was a great way to start the tour. Returning to Holland, we lost to Volendam, but reacted well to beat Excelsior 12-1, so it’s been a positive trip to win two games. We have used the matches to develop our skill sets technically and tactically and we have tested ourselves to adapt to styles of play that we aren’t normally used to.

In addition to the games, we have also been training throughout our time here, with sessions led by Dutch coaches, which has been very interesting to hear and practice their way of thinking. This will certainly help us in the future as we come up against different teams with various ways of playing, so it’s been fantastic to be exposed to different methods of the game. If we can take some new styles of play back home into our game that other teams haven’t faced before, it will give us a huge advantage for the season ahead.

Aside from the playing aspect, we have also had a lot of team-bonding activities and we’ve all had great fun. The team took part in some foot golf – another feature of the Apart Hotel’s great facilities – which was a good chance for recovery after some tough training sessions and matches, while also having a good laugh and testing our power and accuracy. We also had a bike ride, which was another opportunity to form a stronger bond with other members of the team and get to know each other better in a social environment. In addition, we had the chance to go to Sparta Rotterdam’s stadium and watch their game with Ajax, which was a great experience to witness the atmosphere in the ground and their style of play compared to an English fixture.

As well as that, it’s not just been all fun and games as we have had some language lessons, which have given us an insight into the Dutch culture and history, as well as learning about their mannerisms and behaviour in comparison to ours. The booklets we have been given by LFE have handed us a good opportunity to reflect on our performances and review what we have learned and what we can take from our experiences.

On a whole, this tour has been a great experience that everyone can learn from and take something back home with them to improve themselves as a player and a person.