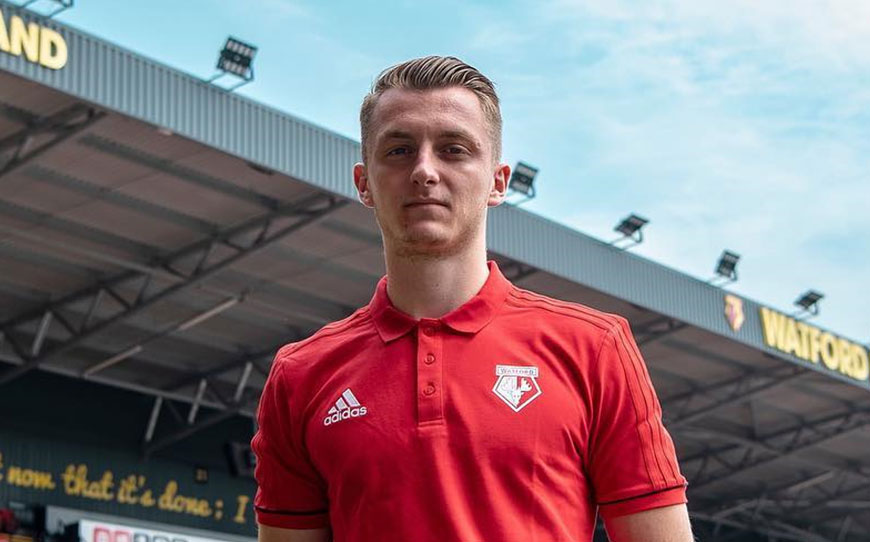 Watford have completed the signing of 2018 LFE League Two Apprentice of the Year Ben Wilmot from Stevenage for an undisclosed fee, agreeing a five-year contract.

The 18-year-old has enjoyed a whirlwind year since signing his first professional contract in April 2017, progressing into the senior set-up at the start of his second year and been handed a first-team debut in a Checkatrade Trophy draw at Milton Keynes Dons in October.

Wilmot has been an exemplary apprentice on and off the pitch, combining his playing success with high grades on the Extended Diploma, which led to him being named in LFE’s ‘The 11’ just weeks after his senior bow.

Wilmot established himself as a regular in the Stevenage team after the turn of the year, contributing to a clean sheet in the FA Cup against Sky Bet Championship club Reading.

With 15 outings to his name, the central-defender received international recognition with a call-up for England Under-19s in March, playing the full 90 minutes of a 2-0 defeat to Macedonia, as well as a substitute appearance against Latvia.

Having resisted Premier League interest in January, the Sky Bet League Two outfit have now accepted a club-record fee that could rise significantly depending on future appearances.

“We are all absolutely delighted for Ben and are full of confidence that he will thrive in Premier League surroundings,” Chairman Phil Wallace told the Stevenage website. “We wish him all the best and would like to thank him, his family, his agent and Watford for their co-operation during this process.

“We have always known he was a Premier League talent and it is no surprise that our recent emphasis on player development would result in news like this. Watford are getting an outstanding young man and footballer.

“The pathway from our Academy to first-team has never been clearer, which obviously bodes well for the future.

“A record sale is huge news for the club and financially, extremely useful. We will ensure the funds are used sensibly and in the best interests of Stevenage FC.”

Meanwhile, Wilmot said: “Watford are a great club to be a part of. They’ve got ambitions, which is something that caught my eye before I came here and I’m really happy to be on-board. It’s a real honour and I’m really proud. I just want to get started now.”