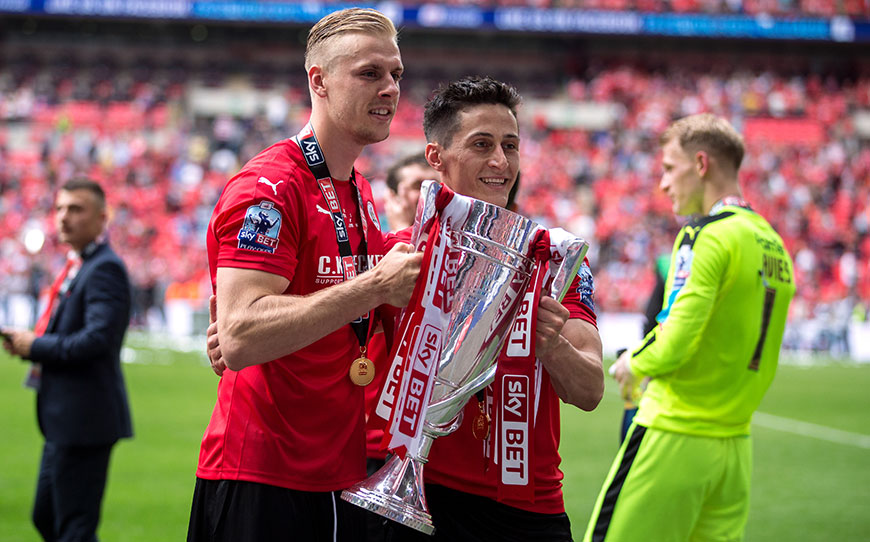 George Williams will re-join MK Dons on a two-year deal on 1 July four years after the club released him as an apprentice.

Williams initially went to Loughborough University and turned out for Worcester City after leaving the Dons. He was signed by Barnsley in 2014 and featured 23 times for the Tykes last term, including in the League One play-off and Football League Trophy finals.

The 22-year-old, can play in both full-back positions and was initially offered a new deal by Barnsley, though that was later withdrawn.

He said: “It feels really good to be back. This is my hometown club – I’m over the moon to get this deal done.

“Me and the gaffer had a really good chat, but he didn’t really have to sell it to me. I know the club well from my time here as a youngster and ever since I left I’ve always checked up on how the Dons are doing.”

“It was one of the easiest decisions I’ve made to come back here. There was a bit of interest in me but as soon as I knew MK Dons was interested in me, my mind was made up.”