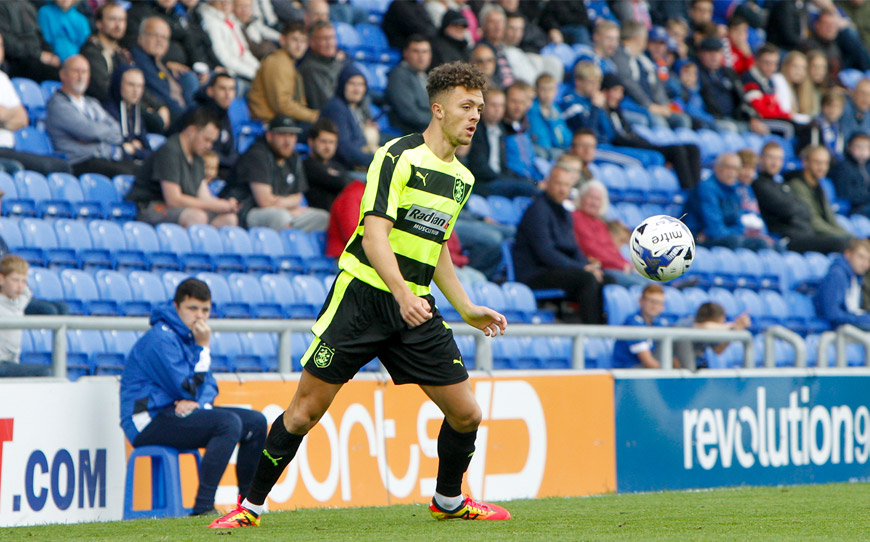 It would be fair to say that Huddersfield Town defender Jordan Williams has enjoyed more than a little bit of success this season.

The 17-year-old who is currently in the first year of his apprenticeship has established himself in Frankie Bunn’s Under-23 squad, featured for the first team during pre-season and has been capped by England at Under-18 level.

Williams who hails from Meltham, a few miles from the John Smith’s Stadium was given several opportunities by Terriers head coach David Wagner during the club’s tour of Austria and in friendlies back in England last summer.

There has been no temptation to rest on his laurels though, with that taster only reinforcing Williams’ ambition to progress as quickly as possible towards the first team.

“Playing for the First Team in pre-season was a good experience, it’s obviously a big step up,” he told GUAH.

“You are working with people who are in their 30s instead of around the age of 17, so it’s a lot different but it was something I enjoyed getting used to.

“Hopefully I can get around the First Team and get my chance, then hopefully take it and eventually cement myself in the squad through the next few years. It’s great to see the club is willing to give people a chance but you just have to take that chance when you are given it and thrive on it.

This season Jordan enjoyed his first call-up to the England Under-18 squad. An honour he was surprised to receive but one that has aided his development.

“I was shocked and surprised when I got the call as I didn’t expect it. Once I got there I tried to show everyone what I could do and impress them as much as I could,” he added

“It’s something I’ve always wanted to do, so it was really good that I was given the opportunity to go. It’s the highlight of my career. I found in international football everything was a lot quicker and if you make a mistake you are more likely to be punished for it.

“You are always learning different things from different managers, so learning at the top level with England is even better.”