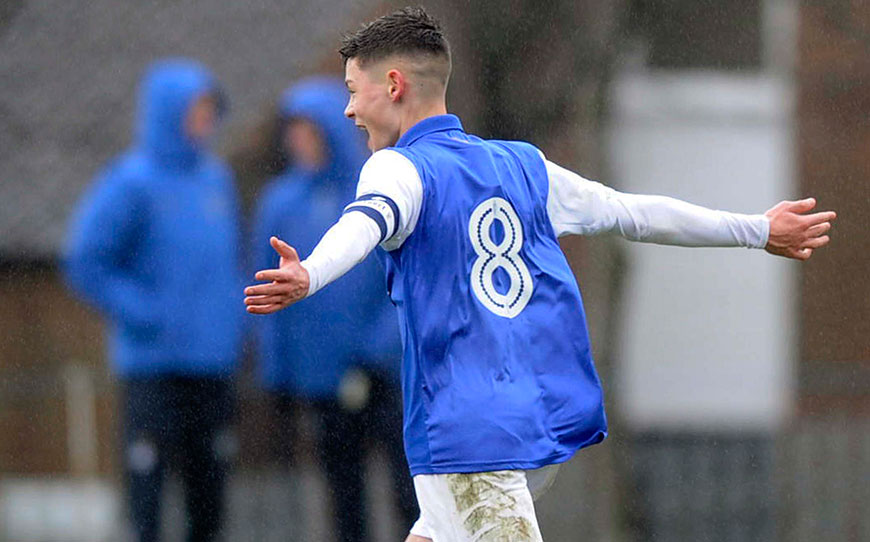 By Joe Harris: Sheffield Wednesday Under-18s captain Alex Hunt could add the LFE Championship Apprentice of the Year award to his list of achievements in 2018 tonight at the EFL Awards ceremony at the London Hilton.

The Owls midfielder signed his first professional contract and won LFE’s Goal of the Month competition in January before being named in LFE’s ‘The 11’ the following month.

Wednesday PDP Coach Ben Wilkinson lauded the 17-year-old’s dedication and level of performance as a player and a student.

He told LFE: “Alex has done great, he has been with us for a long time and has progressed superbly. He joined us when he was 8 and he has always been a real talent for the whole time he’s been here.

“Off the pitch, he’s been a real example to the other boys as well. The values that we want to promote and him leading the dressing room in that respect is credit to him and I’m sure there is more to come from Alex.

“His football has been outstanding this year, certainly in the last few months he has kicked on and deserved that pro contact without doubt. He has driven this Under-18 team and becoming ever more involved with the Under-23s, which is great to see.”

Hunt is shortlisted alongside Fulham’s Ryan Sessegnon and Reading striker Danny Loader, with the award recognising the outstanding young professionals at EFL Clubs who excel both on and off the pitch.