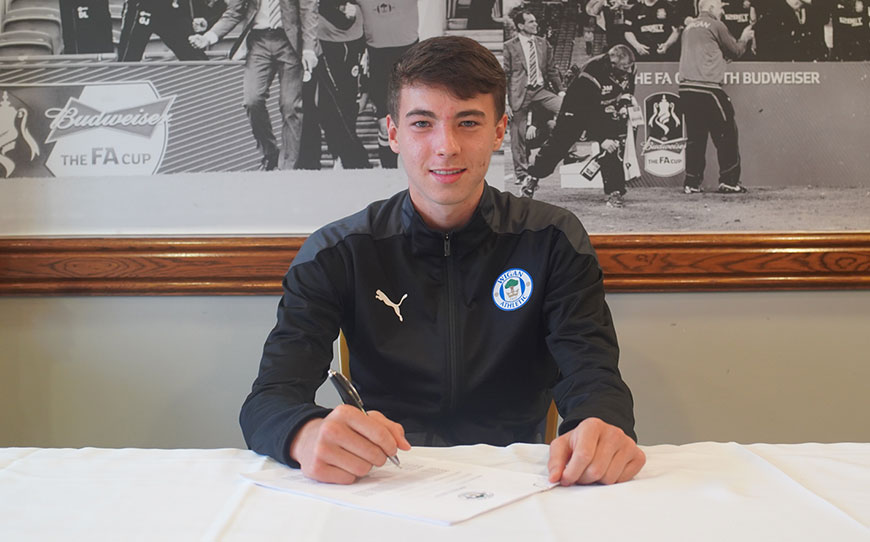 Wigan Athletic have held onto another of their promising talents after second-year apprentice Chris Sze penned his first professional contract.

Following in the footsteps of Under-18s skipper Charlie Hughes, who signed his deal a fortnight ago, Sze played a key role in the Latics’ recent success at academy level, helping them claim back-to-back Professional Development League North titles and winning the National final against Charlton Athletic in May.

The 17-year-old forward scored nine goals in 27 appearances last term and was named on the bench for the first-team’s match against Sunderland in the Carabao Cup last night, making his senior debut as an 89th-minute substitute.

Academy Manager Gregor Rioch told the club website: “I am extremely proud as the Academy Manager – and on behalf of all the staff – for the hard work that has gone in for Chris to be rewarded with his first professional contract.

“Chris is a really unassuming, quiet lad who does his talking with his feet on the pitch. He’s an extremely talented player and has probably been the outstanding performer for the youth team this year, which is why he has been rewarded with his first professional contract early.

“Chris’ best position is as a 10 or up front. He gets into good space, receives the ball really well, but also carries a goal threat. He loves scoring goals, which he has shown this season, with his hat-trick against Millwall being the standout.”