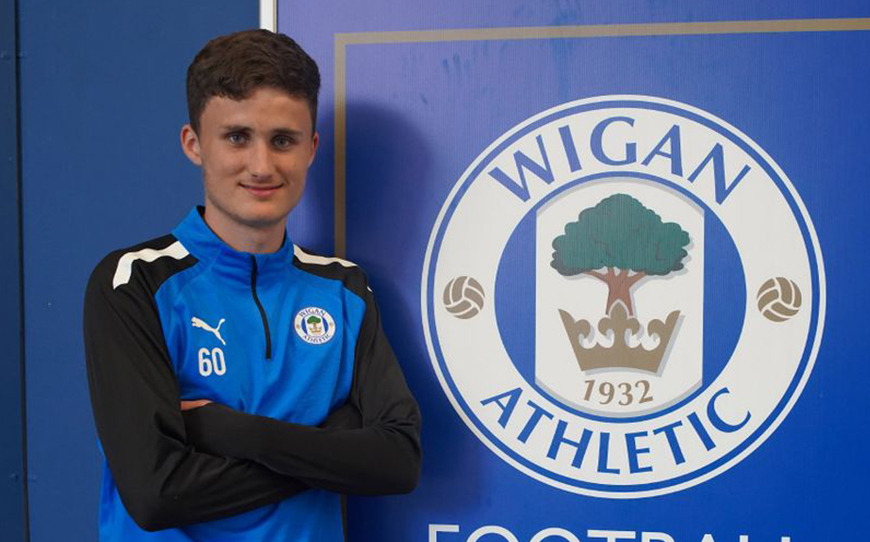 Young goalkeeper Matthew Wonnacott has signed a professional contract at Wigan Athletic, agreeing a two-year deal with the Latics.

The first-year apprentice enjoyed an extremely successful spell with National League side Torquay United, establishing himself as an influential performer in the Under-18s side that claimed three trophies last term.

As a reward for his eye-catching performances, the 17-year-old shot-stopper was named on Torquay’s first-team bench in a National League fixture against Eastleigh.

Wigan Academy Manager Gregor Rioch told the club website: “Matt is a very talented player and we are delighted that he has chosen Wigan Athletic for the next stage of his football development.

“He comes to the club on the back of a really successful season with Torquay United. Matt has a really positive attitude towards building on his potential, and we’re really looking forward to working with him over the next few years.”