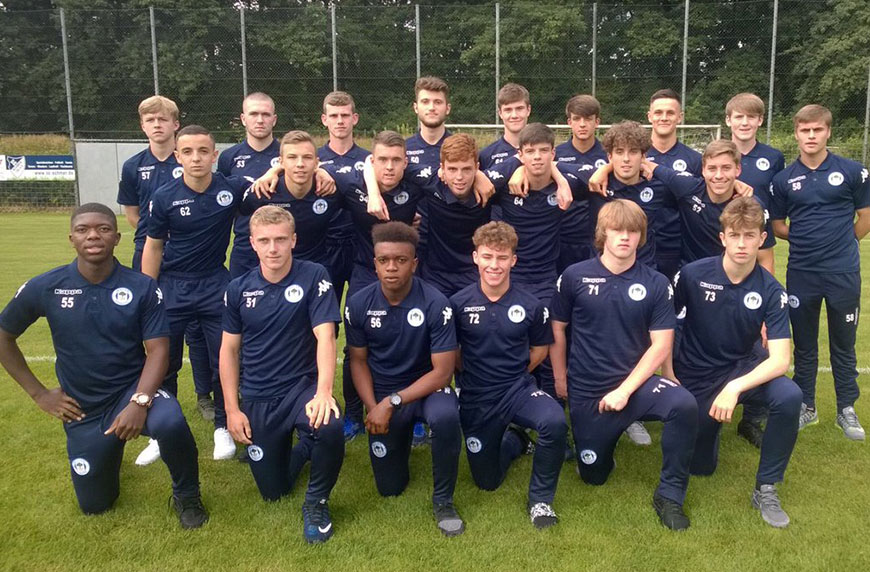 Wigan Athletic Under-18s kicked off their LFE trip with a 1-1 draw with German club Vfl Osnabruck in Bramsche having made the 90-minute journey from their Delden base in the Netherlands.

Captain Tom Hilton netted an equaliser late on after the hosts had opened the scoring midway through the second-half.

The Latics adopted a 3-4-2-1 formation and fielded five first-year scholars and an Under-16 against an older and physically more developed Osnabruck Under-19 side.

The tourists adapted quickly to their new surroundings and maintained possession comfortably in the early stages, although clear-cut chances were hard to come by before the break.

Wigan continued to show great discipline to restrict the attacking ability of the Germans and the game opened up after the restart following a number of changes made by the hosts.

Nick Chadwick’s team were in control of the game but had yet to show any sign of breaking the deadlock until the hour mark when Joe Downey won the ball with a strong challenge and struck a delightful lob from 40 yards which crashed off the underside of the crossbar and away to safety.

But it was Osnabruck who took the lead against the run of play after a clever run and cross from the left was headed downwards into the corner of the net beyond the reach of keeper Theo Roberts.

However, the young Latics did not allow that setback to disrupt their approach and control of the game as they carried on patiently searching for an opening.

And persistence paid off in the final quarter of an hour when substitute Mwiya Malumo beat his defender with ease and delivered a pinpoint cross for defender Hilton to power home a header at the back post to restore parity.

Moments later, Wigan felt they should have been awarded a penalty as the lively Malumo was brought down in the area, but strong appeals were waved away by the German referee.

Despite failing to find a winner, all 18 members of the squad experienced the action against international opposition and produced a promising performance that will lay a solid foundation to build on for the remainder of the trip.