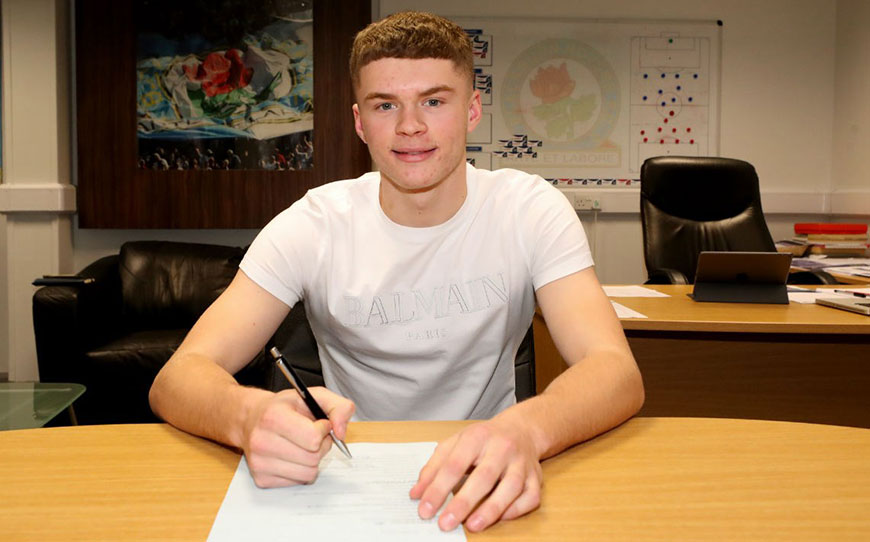 Blackburn Rovers apprentice Isaac Whitehall has penned his first professional contract, securing his future at Ewood Park until the summer of 2022.

The versatile 17-year-old has progressed through the ranks since joining as a 12-year-old and has donned the captain’s armband for this season’s Under-18s team.

Whitehall has become an increasingly regular figure in Under-23s side having played a part in Rovers’ Lancashire FA Senior Cup success last season, impressing in midfield and at the heart of the defence.

“It feels brilliant because I’ve been waiting for a moment like this ever since I joined the football club,” he told the club website.“You put the hours in each day and it makes it all worthwhile by signing this professional contract. This is a massive football club with a great history and a great fanbase.

“Being here, you do grow up being in an environment like this. You learn things off each and every person you meet here.

“The last 12 months have been the best of my footballing career. To be getting opportunities with the Under-23s to training with the first team, I couldn’t have asked for much more.”