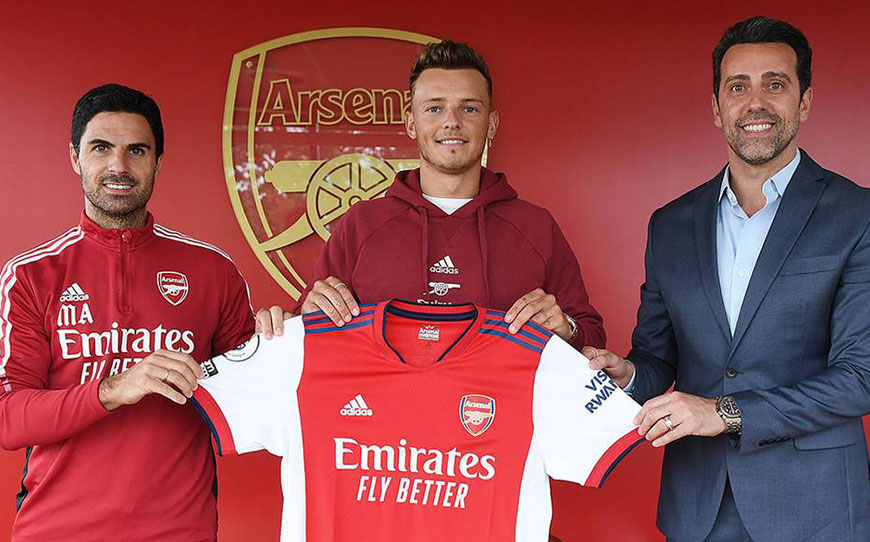 Brighton & Hove Albion academy graduate Ben White has become one of the most expensive players during the summer transfer window, with Arsenal swooping for his services.

The 23-year-old, who has been capped twice by England and was part of Gareth Southgate’s squad in this summer’s UEFA European Championship, has reportedly commanded a price tag in the region of £50million following a hugely impressive debut season in the Premier League.

White’s professional debut came in August 2016 in the Carabao Cup, although he would go out on a handful of loan spells to learn his trade, enjoying temporary stays at Newport County, Peterborough United and Leeds United.

It was his time at Elland Road where the highly-rated centre-back truly rose to prominence, establishing himself as an influential part of their title-winning season in the Sky Bet Championship, while he returned to Brighton last term, appearing 36 times in the League.

“I don’t think I needed too much convincing to be fair,” White told Arsenal’s website. “Obviously, Arsenal speaks for itself and I spoke to the gaffer a number of times during the summer. I got good vibes and the way the gaffer wants to play, I think I can produce quality in this team and hopefully get Arsenal back.

“I’ve played in the Football League, I’ve played for a number of teams on loan and the hunger’s still there. I’m really happy to be at a massive club like this and hopefully bring the level up of this team.

“When times get hard in games, I can step up and control situations. I’m very relaxed on the ball and through that I can produce quality in bad moments of the game.

“My main (position) is obviously centre-back. That’s where I’ve developed over the years. I’ve slotted into different positions to help the team and I feel like I can do that to help the team. If I need to do that this season, I’ll definitely be up for it.”

Technical director Edu said: “Ben has been a key target this summer. He has so many qualities which make us so excited he’s joining us. Ben’s a young English player with a great future. He’s very strong defensively, good on the ball with a great passing range. We’re delighted Ben’s signed and we look forward to him growing with us.”

Manager Mikel Arteta added: “Ben was a top target for us and it’s great that we’ve completed his signing. Ben has been educated with two very good clubs, Brighton and Leeds, in recent seasons. He has benefitted well from two very good coaching set-ups and has shown with both Brighton and on loan with Leeds what a strong talent he is.

“Ben is an intelligent defender who is very comfortable with the ball at his feet and his style fits perfectly with us. And of course, he is still young, so his age and profile fits with what we are building here. We are all looking forward to Ben being central to our future long-term plans.”