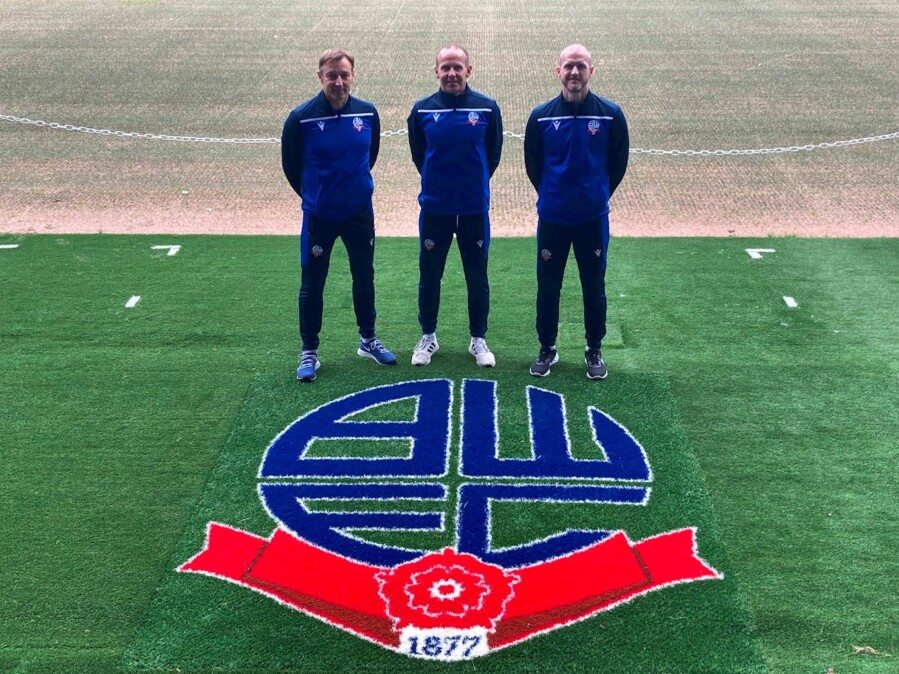 Ahead of the new season, Bolton Wanderers have shuffled things around behind the scenes, appointing Dave Gardiner as the club’s new Head of Academy, while Matt Craddock and Julian Darby have also stepped into new roles.

The long-serving Gardiner – who has held a number of key coaching and development positions in Wanderers’ youth set-up during his 15 years with the Whites – takes over following the departure of Mark Litherland earlier this month.

Wanderers have also appointed Matt Craddock as the club’s new ‘B’ team Head Coach as part of key changes within the club’s Academy and football department. Craddock steps up from his role as the Head of Coaching at the Whites’ Academy.

And former Wanderers’ midfielder Julian Darby – whose coaching career has also included spells with Leeds United, Nottingham Forest and Preston North End –  moves up from the U16s to replace Gardiner as the club’s Under-18s coach after close to six years back at Bolton.

Discussing the changes, First Team Manager Ian Evatt told the club website: “There have been some big decisions behind the scenes and what we’ve tried to do is promote from within – people that know the club, the community and the town. I’m a big believer in giving people opportunities.

“Dave deserves this opportunity. There’s no-one better than Dave for knowing the Academy, how it runs, what’s working and what’s not.

“Matt came in as Head of Coaching last season. We feel his relationship with Dave is an important one and he is very much a modern-thinking coach who believes in our brand and our identity and can really help develop those players in the stage between U18s and first-team football.

“Julian is another Bolton man and experienced coach and I’m really pleased with those three taking up those important roles.

“The club is moving in the right direction. That’s the most important thing.”

Wanderers are working hard to revive the club’s Academy system – which currently has Category Three status – under the ownership and management structures now in place, with Gardiner, 42, delighted to be leading the way.

“I’m excited by the challenge. The club is really going places and now it’s about making sure the Academy goes forward with that vision,” Gardiner said.

“We’re excited to really get things going and align everything.

“We have a great infrastructure in place, we’ve got some fantastic youngsters in the Academy and some great staff.

“It’s now about making the most of the potential and being ready to move forward in the future as we do step up as an Academy.”