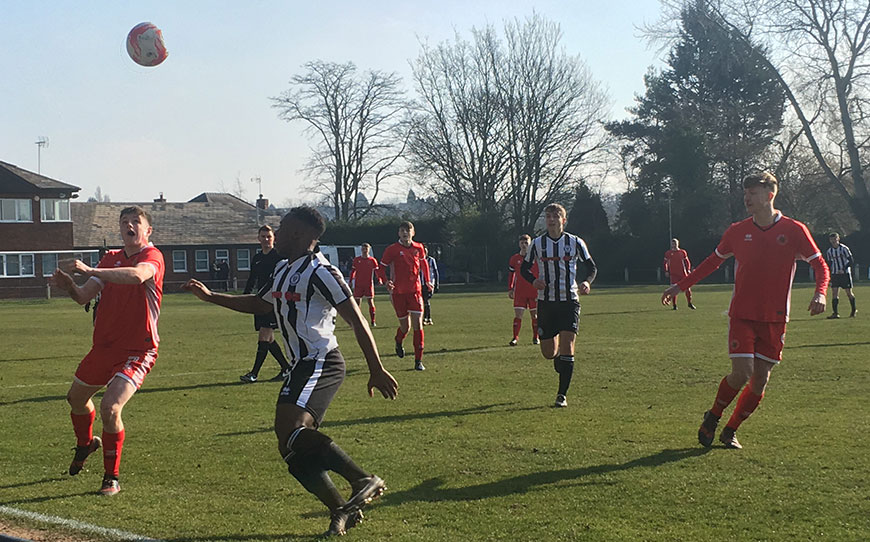 By Joe Williams: Rochdale Under-18s extended their winning streak to five games in all competitions with a narrow 1-0 victory away to struggling Walsall Under-18s.

The Saddlers are without a win in seven matches in the EFL Youth Alliance North West division and were undone by a Neil Kuemo cross that deceived everyone, including keeper Brandon Ganley, to find its way into the net.

Kuemo could have opened the scoring even earlier after a perfectly directed ball into the area found the second-year apprentice, who misjudged his effort from point-blank range.

The forward found the net moments later, however, when he found space out wide to deliver a cross that ended up evading everyone to give Dale the lead inside five minutes.

The visitors had kept clean sheets in each of their previous three outings and once again showcased their stout defence, restricting Walsall to very little goalmouth action.

Kuemo was heavily involved again as Dale went in search of a second, striding past his marker to set-up a one-v-one situation with the keeper, but he was unable to keep his shot on target.

The home side’s only sight at goal in the first-half came from a corner kick, which fell to striker Alex McSkeane, although he failed to connect properly, enabling Rochdale to clear the danger.

After the break, Walsall were fortunate not to fall two goals behind when Fabio Tavares teed up an unmarked Daniel Adshead, who struck his effort straight at Ganley from 12 yards out.

The hosts struggled to show much of an attacking threat in their bid to salvage a point and the margin was almost doubled in the 90th minute when the lively Kuemo twisted his way through a crowd of red shirts and fired a shot from distance towards goal, only for the ball to cannon against the crossbar and away to safety.

However, Rochdale held on for another victory that moves them within six points of top spot with three games in hand on leaders Wigan Athletic, while Walsall remain third from bottom and without a league win since November.

Saddlers Academy Manager Graham Biggs told LFE: “We were unlucky not to come away with at least a point, we didn’t crumble after a poor goal and came back into the game.

“The pitch wasn’t the best, but we tried to play well when we could, and I thought we dealt with the situations we were given. Rochdale are a good side, second in the league and showed a good performance but there was nothing in it and the boys must take the belief from that.”