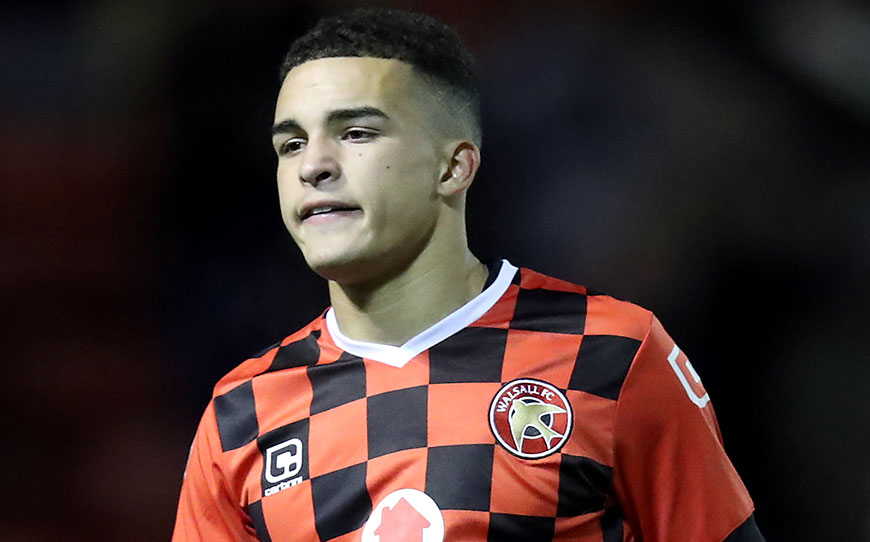 Walsall winger Tobias Hayles-Docherty has signed his first professional contract with the club.

Hailed as a ‘special talent’ by Saddlers manager, Jon Whitney, last month, Hayles-Docherty had been named in the club’s match-day squad on several occasions before he made his debut as a second-half substitute in the penultimate game of the season.

While the Saddlers slipped to a 1-0 defeat against Port Vale in that encounter, the 18-year-old wide-man caught the eye after his introduction.

With the first hurdles of his fledgling career now negotiated, Hayles-Docherty was quick to credit the guidance he has received from Professional Development Coach John Ward and Academy Manager Graham Biggs.

“This is something I’ve been working towards for a long time and to be given the opportunity is really good.

“John and Graham have helped me a lot because they’ve allowed me to play with freedom, express myself.

“It gives me confidence going into games because it allows me to do what I do.

“I see myself as a winger – I like to get in the final third and make things happen, get at players and create chances for the team.

“Tobias is one of several young second-year scholars to impress us,” said Whitney.

“He’s a player who catches the eye with natural pace and ability, and he’s also tasted first-team football this year, making his full debut against Port Vale.

“He’s a young player that we have really high hopes for.”