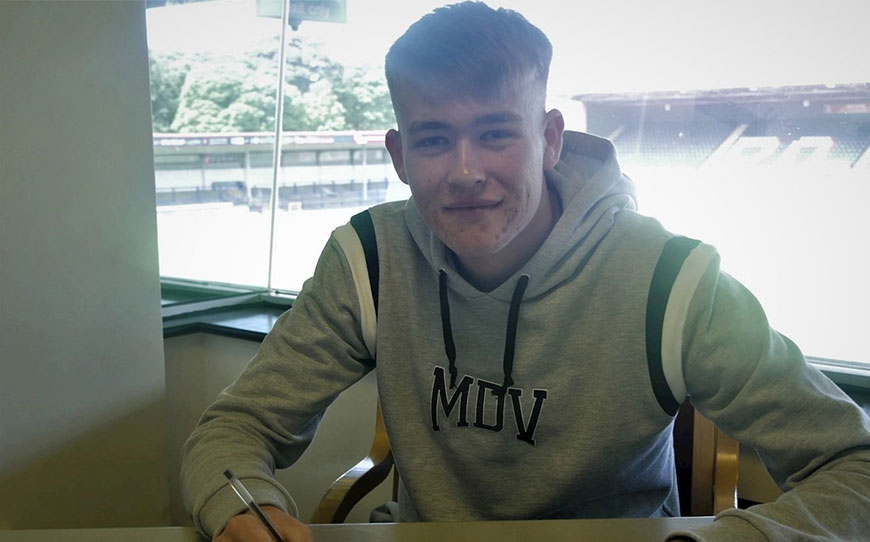 Goalkeeper Brad Wade has signed his first professional contract, agreeing a one-year deal at Rochdale, with the option of a further 12 months.

The 18-year-old was a key member in the youth team that won last season’s EFL Youth Alliance North West title, while he has also played in three FA Youth Cup campaigns since joining the club at the age of 15.

He told the club website: “I’m delighted. I’ve been here three years now, so all the hard work I’ve put in in the Academy and in my scholarship over the two years has all paid off.

“I feel like I’ve really improved over the seasons I’ve been here. The youth team have had a great year this year winning the league.

“I know the standards that are expected, so I know where I’ve got to be and what I need to do, and I’ve been working hard over the off-season to make sure I’m ready to go come pre-season.”