In preparation for our fixture against Villareal myself and 3 other players were up and out early to work with (coach) Ammy Ninje.

We were concentrating on the movement between the 4 of us and how that would translate into out attacking play. We were up that early that we had breakfast after the session and then it was a case of relaxing and waiting for the big kick-off.

The journey to their training complex was fairly long (2 hours) so there were a few tired bodies as we started the warm-up! However once the game started we got into the groove quickly and played some terrific football. Here I must compliment our coaching staff who got our tactics spot on. We frustrated them when they were in possession, pressed them and then kept the ball well ourselves once we won it back.

In fact I’d go as far as to say that we passed them off the park! We were 1-0 up at half time however they managed to win a penalty and the game ended at 1-1.

One of the most enjoyable trips of our tour came with a visit in to Valencia to have a look around the Mestalla stadium. This was a great experience for myself and the team and I felt privileged to be given such an opportunity.

Valencia which is the third largest City in Spain after Madrid and Barcelona has a lot of history and we weren’t just there to view the Mestalla.

We drove to the main city centre and worked in small teams to go off and explore with just a map as our guide. We were tasked with taking pictures of the famous monuments in Valencia. As this was an arranged activity the challenge was to locate the most places and picture ourselves at them – the group ( more to the point – my group) with the most pictures won this competition.

After a great day out in Valencia our next challenge on the pitch came in the form of their youth-team.

We prepared as ever with a light session in the morning just working on shape and tactics and then headed over to their fantastic training ground a couple of hours before kick-off.

We started the game in the right fashion and deservedly went a couple of goals ahead. Again a lot of credit has to go to our coaches and the rest of my teammates because we played some very good football and were 2-0 up before we knew it!

The way Valencia played was very different from what we were used to as they slowed the game down and tried to pick us off but we dealt with it easily and that’s despite the score being narrowed after the home side had received and scored a contentious penalty.

It was a great way to sign off in Spain, saving arguably our best performance until last. 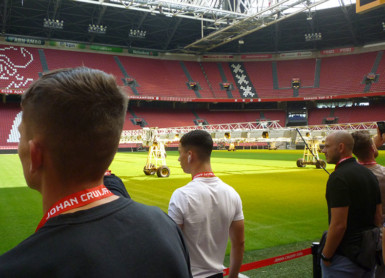 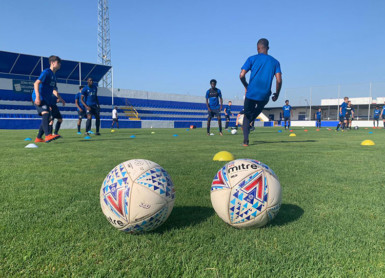 Academy squads of AFC Wimbledon, Blackburn Rovers, Fleetwood Town, Port Vale, QPR and Wigan Athletic are back in the country and ready to start the new season having completed a two-week trip to Spain, organised by LFE and funded by Erasmus+… 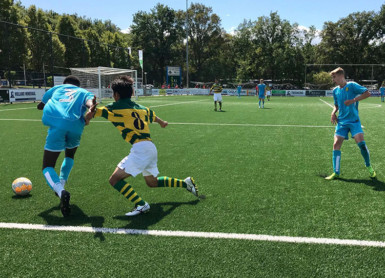 Results: LFE Trip in the Netherlands 2019

This year’s LFE pre-season trip in the Netherlands saw eight EFL clubs take on their Dutch counterparts, as well as Academy teams from the likes of Belgium, Denmark, Germany, USA and Japan…