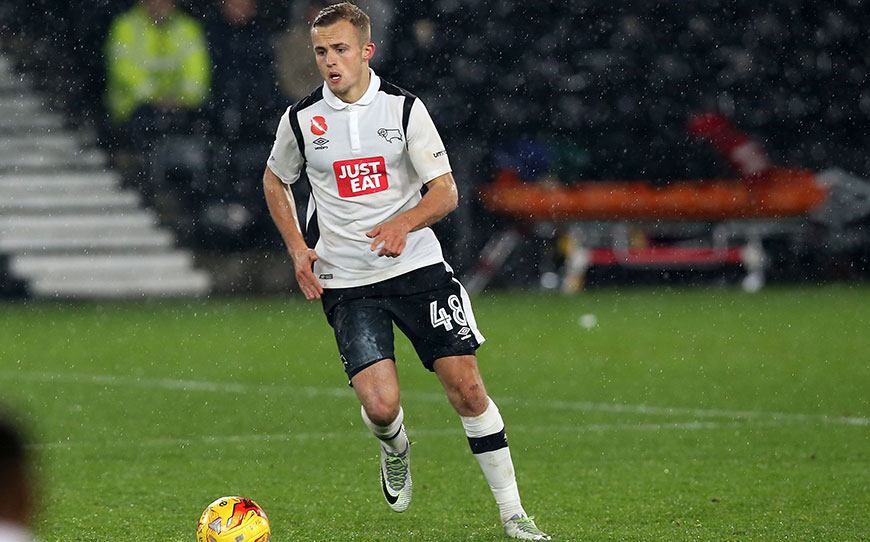 The 20-year-old, who featured extensively in LFE’s Goal of the Month competition while he was an apprentice, signed a new contract with the Rams on Friday and was then named in the senior match-day squad for the very first time, the following day.

Vernam, whose new deal takes him through until the summer of 2019, was an unused substitute as Derby grabbed a 1-0 victory at Wigan in the Sky Bet Championship.

The forward was drafted in to the squad to replace Darren Bent who was injured.

While he still has work to do to get on the pitch the young forward enjoyed his taster to life in the first team and now wants more.

“It’s great to be involved and in and around the first-team players,” Vernam told RamsTV.

“That alone was a great experience and now I have had that taste, it’s something I want on a far more regular basis. It’s an extra incentive to go away and work harder than I have been doing with the under-23s.

“The under-23s are so strong now that everyone is pushing to try and earn that opportunity.

“It’s great, too, that we have seen others do it before, with the likes of Will Hughes, Jeff Hendrick, Mason Bennett and Jamie Hanson, who have all gone on to get that chance when the coaches feel they are ready for it.

“It’s pleasing to see that. Now that I have signed this contract, I am looking forward to working hard over the coming years to try and replicate that and become the next name on the list.”