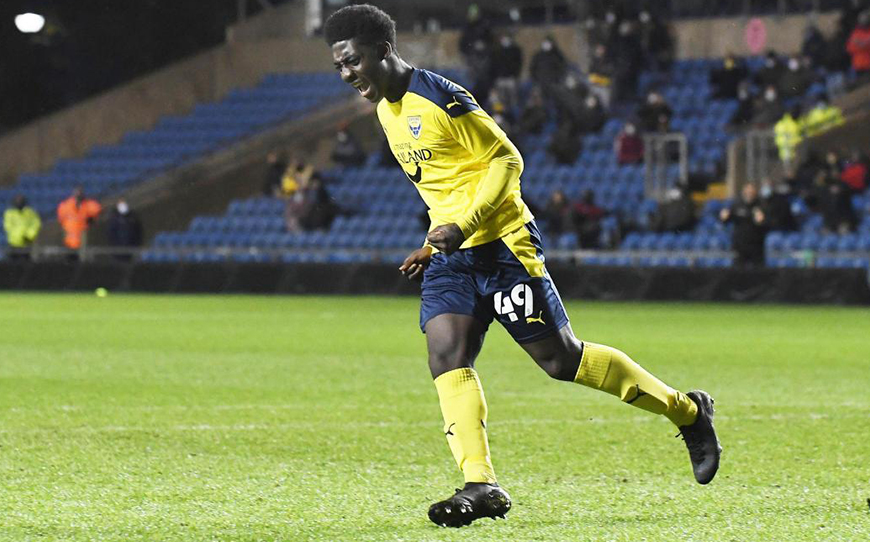 Exciting prospect Gatlin O’Donkor has committed his future to Oxford United by signing his first ever professional deal, penning a two-year contract with the option for a further 12 months.

The 17-year-old became the club’s youngest ever player – 16 years and 55 days – back in December 2020 when he was brought on late in the Papa Johns Trophy Second Round tie against Forest Green Rovers, converting the first spot-kick in a penalty shoot-out win.

O’Donkor, who has been prolific as an Academy player, appeared twice more in the same competition last season and then make his Sky Bet League One bow in the final fixture of the 2021/22 campaign against Doncaster Rovers.

The highly-rated forward has started the season with the first team and was on the bench at Pride Park on Saturday.

“That was an amazing experience,” he told the club website. “Obviously, making my senior debut was a very proud moment, but to be part of it on Saturday and to see those Oxford fans cheering the team on in a 30,000 crowd just made me want more days like that.

“I have worked hard to get to this stage and I won’t stop working. It’s great that the club has faith in me, and I want to keep improving, keep learning and show that they made the right decision.”

Manager Karl Robinson said: “He’s a very humble young man, but he also has that determination that you need as a striker. He is very strong, he is a good finisher and he has scored goals at every level so far. He deserves to be in and around the first team and we think that is going to help him develop even further.”