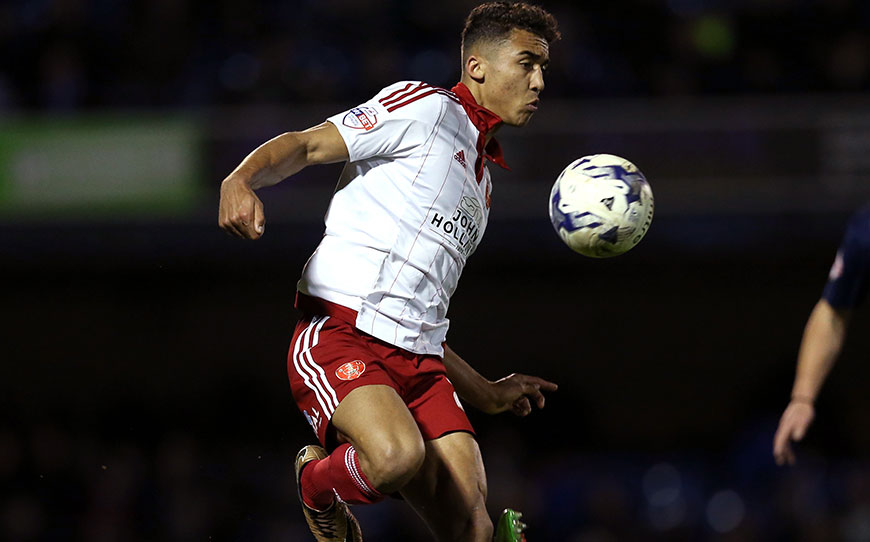 Everton Under-23s boss David Unsworth has expressed his excitement at the prospect of working with new signing Dominic Calvert-Lewin.

The 19-year-old joined on transfer deadline day from Sheffield United on a four-year contract in a deal believed to be worth around £1.5million.

The Toffees reportedly saw off competition from Manchester United to capture the signature of the England Under-20 striker, who featured 12 times for the Blades since making his professional debut as an 18-year-old in April 2015.

Unsworth said: “He’ll be a great acquisition to our very talented Under-23 group and I think he has the opportunity here now to kick on and play at the very highest level.

“He’s joining a massive club and this is an opportunity of a lifetime for him.

“To go from League One to the Premier League is a massive jump but he certainly has all of the attributes to make that jump, given time, hard work and the desire I know he has.”

Calvert-Lewin spent the first half of last season on loan with then League Two side Northampton Town, scoring eight goals in 26 appearances in all competitions, including a debut strike against Blackpool in the Capital One Cup.

He played under manager Chris Wilder, who left the Cobblers for Bramall Lane this summer.

The Blades boss said: “This is a really good deal for us and a fantastic opportunity for Dominic.

“We do not want to stand in the way of a young player joining a well-established Premier League club.”