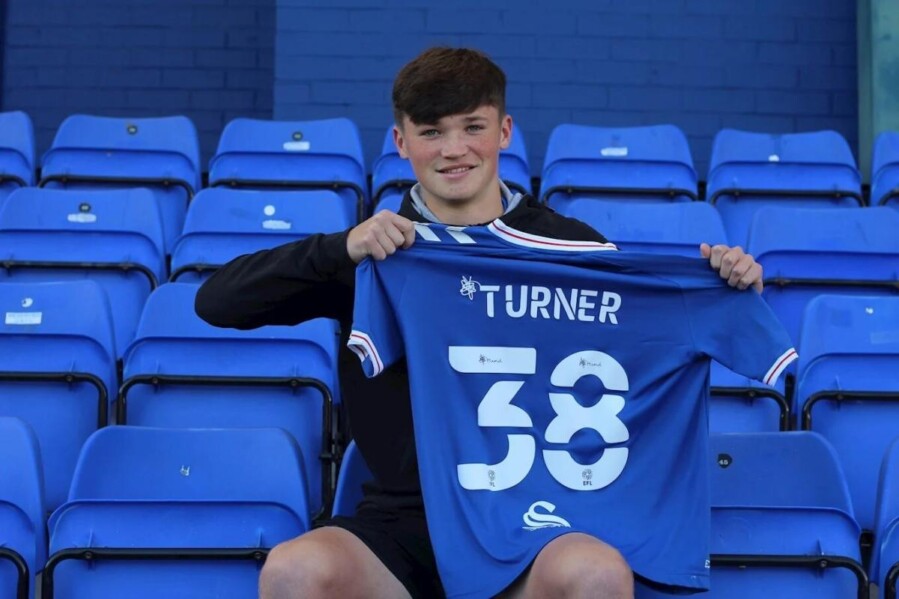 Second-year apprentice Trey Turner has accepted professional terms with Oldham Athletic, having enjoyed a promising 2021/22 campaign, having made his professional debut against Wigan Athletic in the Papa John’s Trophy competition.

Reflecting on his journey through the academy, Trey told the club’s media team: “I’ve worked hard over the last 10 years for this moment.

“It’s been a lot of hard work and determination to get to this point and I now need to keep improving and be ready for pre-season as I’m hoping to gain more minutes and appearances.

“Since Christmas being in and around the first team, it’s been a huge learning experience and one I’ve really enjoyed.”

Turner earned a call-up for the Republic of Ireland Under-19 side as part of a training camp along with team-mates Kofi Moore and Harry Vaughan back in February.

Head of Academy Conor Marlin added: “Trey’s progress during his scholarship has been really pleasing and we are delighted for him and his family to get a pro with the club.

“He progressed to being captain of the youth team this season and has been training daily with the first team since before Christmas which is a testament to his ability.

“A tough-tackling midfielder and a Republic of Ireland U19 international, he has a good range of passing and composure on the ball.

“He is someone the fans will enjoy watching as he will give his all to win every week. Due to his character, I am sure he will make a career at Oldham and this mentality is exactly what we are trying to produce as an academy.”