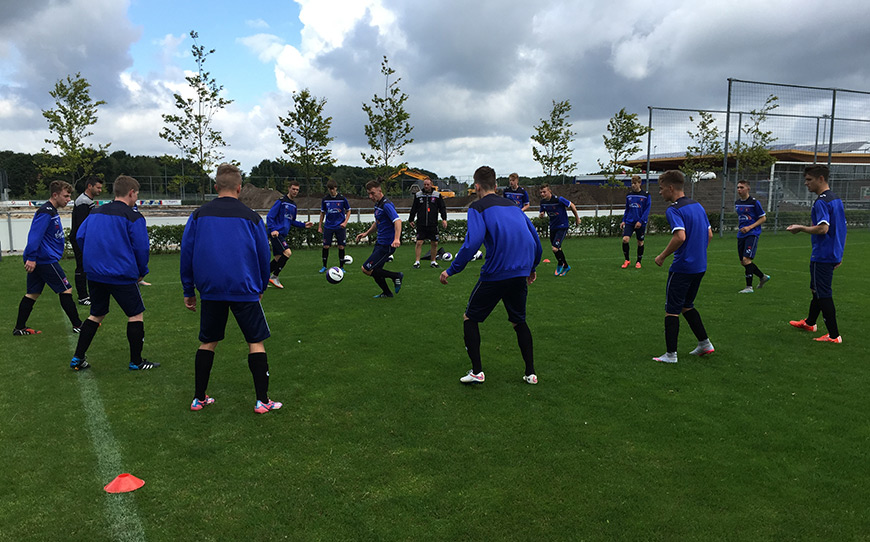 Firstly, let me introduce myself – my name is Joe Robson and I’m a second year apprentice at Carlisle United.For the next 11 days I will be sharing my experiences as those of my team mates as we go through this pre-season trip.

On the first day, it all started with a flight from Newcastle airport at 11am. The flight passed fairly quickly considering it was an hour and a half.

When we arrived into Amsterdam airport we were greeted by Gino our tour guide before we moved on to our hotel. We had no sooner checked-in though and we were straight back out again, travelling on bikes to the training camp. This was so that we would know the type of pitch we would be training on, and to basically get to know the place a bit better, especially as we’ll be here for the next 11 days.

The next day was just a routine day for us really. Breakfast was at 8:30 which is roughly the time we have to be at training for when in Carlisle. I woke up having had a great sleep in a very comfortable bed and joined the rest of the lads down at breakfast. The food was very nice and they had a variety so there was something for everyone, which pleased the lads.

Footballers being footballers always have something to grumble about but having great food sets the tone for the day especially as we knew our coaches (Alan Moore & Vince Overson) would ensure the day would be physically demanding out on the training pitch.

It was, we had a double session, with the morning session being a very testing one! Jogging to training and back acted as a warm-up and cool down. I thought the facilities at the ground were excellent and the surfaces were second to none. Our afternoon session was more based around tactics for our upcoming game tomorrow against Millwall. Also, because the second years emerged victorious from a game at the end of the morning session we were able to ride bikes in the afternoon while the first years were instead on the jog again!

All in all it’s been great so far and I look forward to the rest of the tour and especially the upcoming games against foreign opposition, which will give us a great opportunity to learn more about the Dutch game.