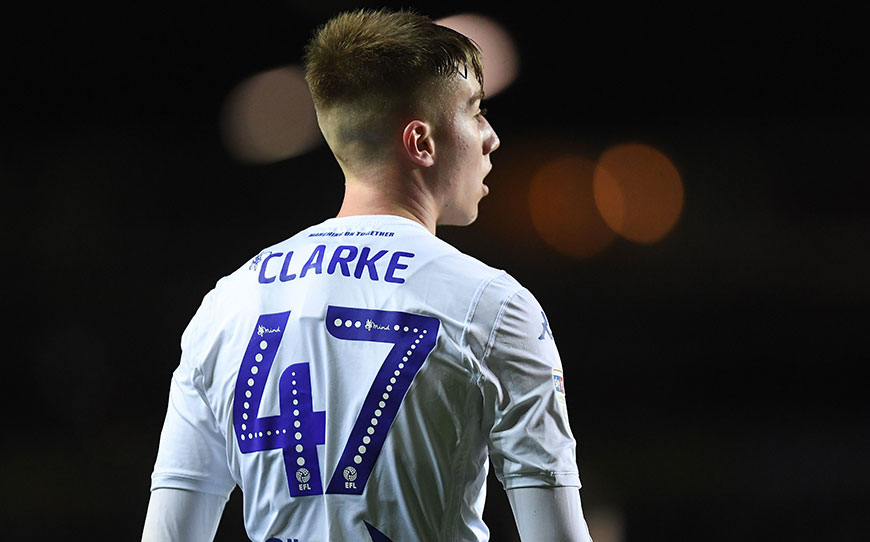 Talented winger Jack Clarke has capped off a terrific debut season in the spotlight by earning a move to Champions League finalists Tottenham Hotspur, signing a four-year deal.

The 18-year-old enjoyed a breakthrough year for Marcelo Bielsa’s Leeds United, featuring 25 times and scoring twice to help the Whites progress to the Sky Bet Championship play-offs, before being named the club’s Young Player of the Year.

Clarke, who penned his first professional contract as a first-year apprentice in November 2017, produced a string of impressive cameos after making his debut in October, most notably sparking a comeback at Aston Villa as his first senior goal led to Leeds overturning a two-goal deficit to win 3-2.

The highly-rated prospect then celebrated his full debut in style by claiming the man-of-the-match award live on Sky Sports following a 2-0 victory over Derby County.

“I’m delighted to sign for such a top club,” he told Spurs’ website. “Last season was my first at senior level, so I wasn’t really expecting to come in and play as much as I did, but it was good for me just to get used to professional football.

“Ever since I’ve been growing up, I’ve seen Tottenham playing in the Premier League, they’ve always been there or thereabouts, pushing, being a top side. It’s one of the biggest clubs in England, if not the world, and I’m just delighted to be a part of it.

“I feel like I play with a no-fear attitude and hopefully I can show that on the pitch. It doesn’t bother me whether I’m playing at the park or playing in front of fans, I just play the same. I think that’s a good thing. I like taking players on and creating opportunities.

“I had a look around the new stadium before I signed and it was a stand-out moment. It’s a top, top stadium. This is such a big club. Watching the team in the Champions League last season and seeing how well they did, then with the training ground, the facilities and obviously the bunch of players that are here… they’re top players and I’m looking forward to getting to play with them and train with them.

“I feel like this club could really help me push on as a player and I don’t think I could be in a better environment. It’s unreal to be here. It’s definitely something I couldn’t have imagined a couple of years ago but now I’m really looking forward to everything.”

Clarke will have to wait to make an impact for Mauricio Pochettino’s side as he will return to Elland Road on a season-long loan.

“I’m excited to get going again and I can’t wait for the new season to start,” he told the Leeds United website. “It was a no brainer to come back and the option was always there.

“I think it will be a lot better for my progression to spend another year here and I didn’t feel right leaving with how last season finished. Marcelo Bielsa has brought me along a lot as a player and I think this season will be even better getting another full campaign under him.

“Physically I felt I developed a lot by playing professional football and I’ve improved my movements, which has brought me on massively. By coming back it gives me more of a chance of playing first team football and that is all I want to do. Hopefully I can get a run of games under my belt starting and see where it goes from there.”