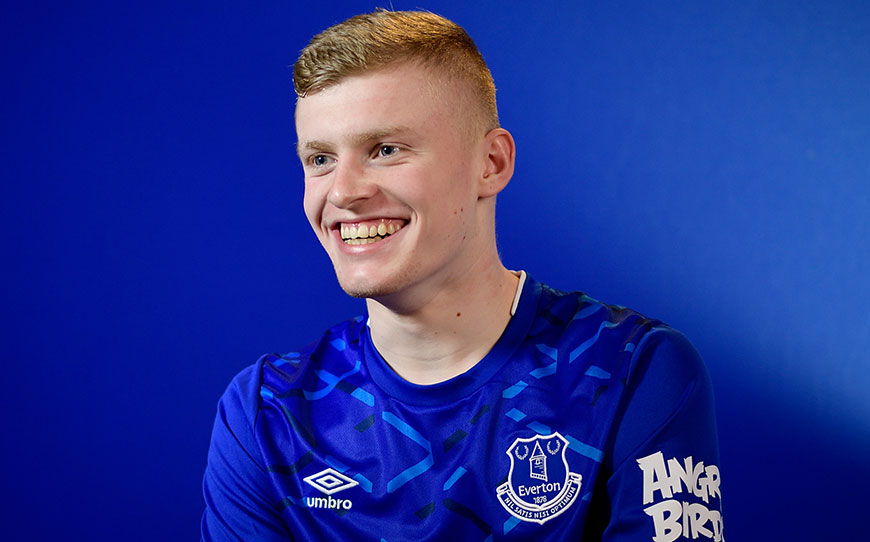 Jarrad Branthwaite has made the leap from Sky Bet League Two to the Premier League after leaving Carlisle United to join Everton for an undisclosed fee.

The 17-year-old has agreed a two-and-a-half-year contract with the Toffees and will initially link up with the club’s Under-23s squad.

The talented defender signed his first professional contract during the first year of his apprenticeship and established himself as a first-team player this season, making 14 senior appearances and even donning the captain’s armband during the second-half of a Leasing.com Trophy fixture with Morecambe in November.

The teenager told Everton’s website: “The pathway is superb – that’s what made me want to join Everton. I’ve seen players get their chance in the first team and do well. I just can’t wait to get started.

“Everton is a big club and I’m buzzing to be here. The facilities at USM Finch Farm are unbelievable. I like everything about the place. I want to settle in, get to know all the boys and put in some good performances for the Under-23s.

“My long-term goal, 100 per cent, is to play for Everton’s first team in front of the great crowds at Goodison. That would be my dream. I’m hungry to keep getting better and I believe I’m in the ideal place to do that.”

Carlisle head coach Chris Beech said: “The good thing about him is that he just shrugs his shoulders at most things. That’s probably one of his attributes as a football player, his composure.

“I spoke to the England set-up – we had, at Rochdale, Luke Matheson and Dan Adshead getting in the England fold. Jarrad, 100 per cent, should be involved with England. I’ve told them what I think, they respect my view and let’s hopefully see him go on to become an international.”

Branthwaite has also been impressive in the classroom, with his commitment to studying the Extended Diploma leading to him being named in LFE’s ‘The 11’ in November.

LFE Regional Officer Paul Urwin said: “Jarrad has a top-class attitude, which has seen him maintain his target grades while also developing into a first-team player. Having made excellent progress in his first year, Jarrad has put himself in a great position to achieve on both fronts.”