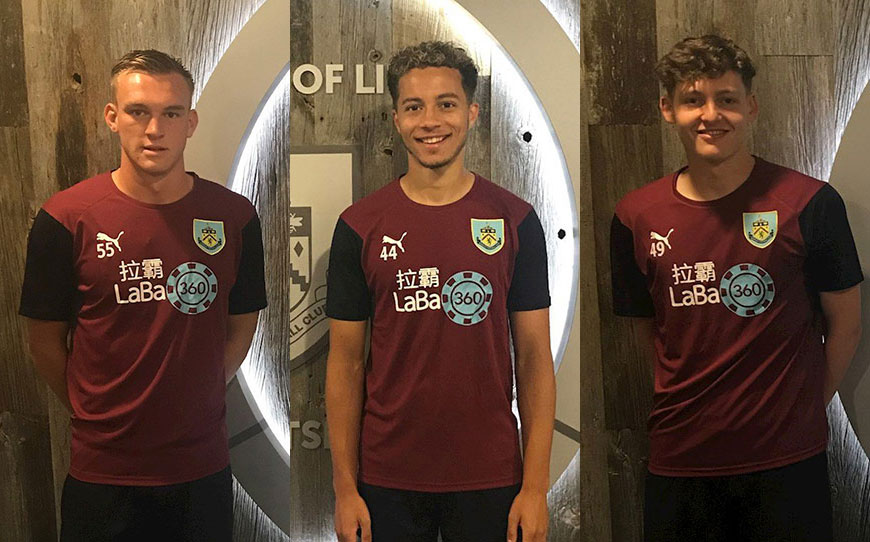 The trio all spent the end of the the 2017-18 season on trial with the Clarets, appearing for Michael Duff’s side, with Goodridge making seven appearances, Perkins gaining six outings and Harker scoring once in three league matches.

“We are delighted to have all of them on board and ready to start pre-season with us,” Duff told the club website. “They all made an impact last season with the different playing opportunities they had and in their time training with us so far, and I feel they will definitely strengthen the squad this time around.

“We are trying to increase the quality across the board with our young players, through recruitment, coaching and the experience of playing competitive football, and adding these players will do that.

“They come from a variety of backgrounds and different levels of football, but they have all had a good grounding, they are still young for an Under-23 group and we feel there is plenty of scope for development and growth with us to hopefully make a mark at Turf Moor.”

Midfielder Goodridge made over 40 appearances for Newcastle United’s Under-18s team over his two-year apprenticeship, but did not progress into the Under-23s and was not offered a professional deal.

Defender Perkins, who captained Leyton Orient’s youth team last term, was also released at the end of his apprenticeship due to Orient’s lack of an Under-23 set-up, allowing Burnley they opportunity to snap up his signature.

Meanwhile, striker Harker was highly-rated at Bury and earned two Checkatrade Trophy outings having impressed with a prolific record in front of goal in the Under-18s.

The 18-year-old showcased his scoring touch for the Clarets towards the end of the season, scoring in the final game of the Professional Development League season against Sheffield Wednesday before netting twice in a friendly against Rangers.