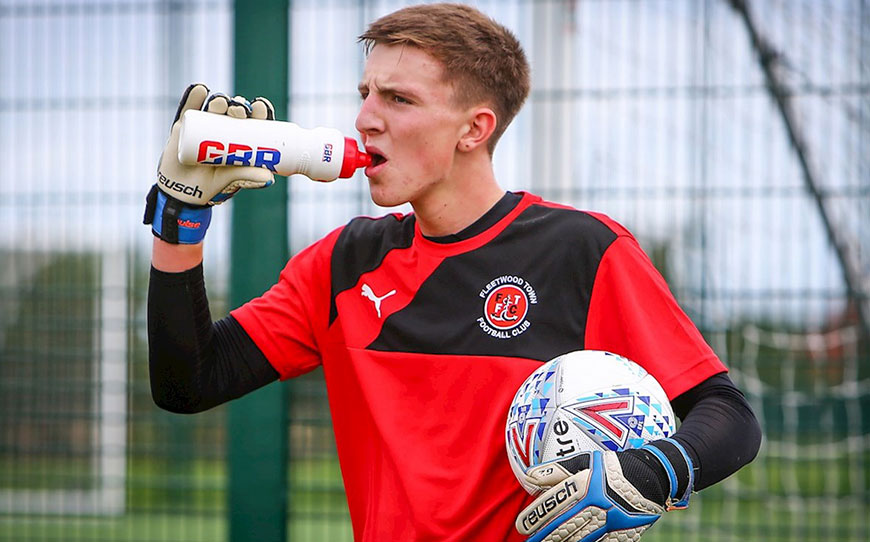 Three current apprentices have been named in Steve Cooper’s England squad for the upcoming Under-17 World Cup in India.

Fleetwood Town keeper Billy Crellin, Fulham’s Steven Sessegnon and Morgan Gibbs-White of Wolves have all been selected in a squad of 21 for the competition, where the Young Lions will take on Mexico, Chile and Iraq in the group stage.

Former AFC Wimbledon stopper Josef Bursik, who now plies his trade at Stoke City, has also made the cut, as well as Everton’s £6million summer signing Lewis Gibson (formerly of Newcastle United) as the Under-17s bid to go one better than their 2017 European Championships runners-up finish in May.

Crellin, who was featured in LFE’s ‘The 11’ in June, is set for his first involvement at Under-17 level having made his England youth debut with the Under-18s last month as a half-time substitute against South Africa.

“This is a hugely proud moment for everyone involved with Fleetwood Town Football Club, and the town as a whole,” Cod Army Chairman Andy Pilley told the club website. “To have one of our own representing England at a World Cup is unbelievable and reward for all the hard work which has gone into our Academy in recent years.

“Billy is someone we have big hopes for at the club and it’s great to see he’s been recognised with this call-up. He clearly impressed last month when he made his international debut.

“When you look at the names of the clubs players in the named squad have come from, it’s incredible to see Fleetwood Town alongside the likes of Manchester United, Manchester City, Chelsea, Liverpool and Arsenal.

“We all wish him well and hopefully he can come back to Fleetwood with a winner’s medal.”

Gibbs-White has been a regular in Wolves’ Under-23 squad since beginning his apprenticeship last year, appearing in four Checkatrade Trophy matches last term, and was handed his first-team bow in a 2-0 away win against Stoke City in the FA Cup third round in January.

The midfielder went on to feature in seven Championship fixtures, including two starts against Bristol City and Huddersfield Town, although he has started the season on the medical table and only returned to action last week.

Following the 17-year-old’s cameo appearance in the Under-23 team’s 1-0 win against Newcastle on Monday, manager Scott Sellars said: “We were allowed 30 minutes with Morgan – I thought he showed what a good player he is, he’s got a lot of quality.

“To say he’s been out for quite a while now and that’s his first game in a long time since last season – he showed his quality straight away and looked like he’d never been away.

“I’m delighted to see him back playing, we think he’s got a really big future here and on top of that he’s been picked for England.

“It’s a great reward for all the hard work he does – I’ve seen him in the gym, he gives everything he’s got when he’s training and that’s why he’s getting the success now.”

Meanwhile, Sessegnon has enjoyed a successful start to the 2016-17 season having penned his first professional contract along with twin brother Ryan in June.

The 17-year-old, who has been capped five times for the Under-17s, was handed his senior debut in the Carabao Cup against Wycombe Wanderers in August before earning his second outing in the next round as the Cottagers slipped to defeat to Bristol Rovers.

The Young Lions are scheduled to play New Zealand in a friendly on Sunday before they open their tournament seven days later against Chile.