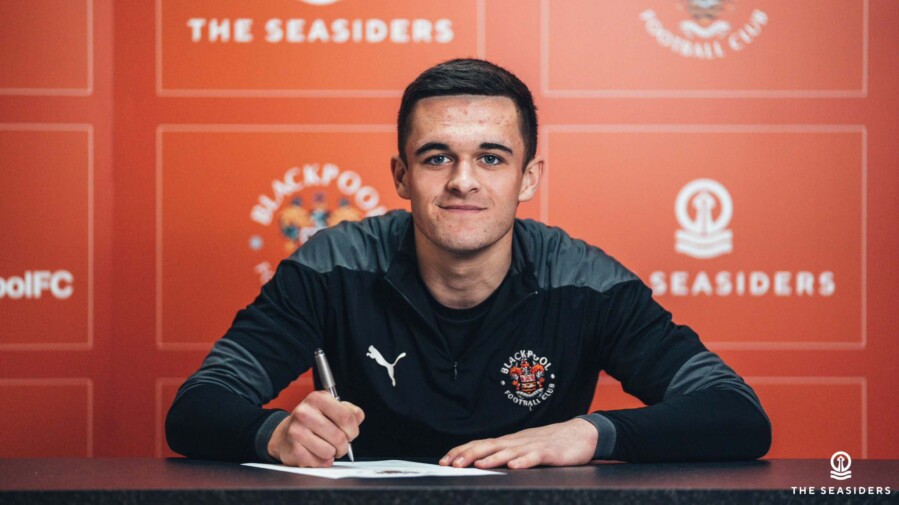 Second-year apprentice Jake Daniels has been rewarded for his fine goalscoring form by penning a two-year professional contract with Blackpool Football Club.

The 17-year-old forward has extended his stay at Bloomfield Road, after impressing first-team coaching staff this season.

As it stands, Daniels has netted 24 goals for John Murphy’s side, with his most recent coming in the Under-18s’ narrow FA Youth Cup quarter-final defeat to Chelsea at Stamford Bridge on 24th February.

On signing professional terms, Daniels told the club website: “It’s a proud moment for me and my family. I’ve been at Blackpool from a young age, and I’ve worked hard to reach this stage. I’ve just turned a dream into reality, and I’m now excited to see where I can progress to.”

Academy Director Ciaran Donnelly added: “Jake has been with the academy from seven years of age, and this is a great reward for him and his family, having put in so much hard work over the years.

“He is a local boy from Bispham who has played junior football for BJFF and Clifton Rangers, which makes this even more special for the academy, given that he has progressed through the pathway from such a young age.

“Jake has great attributes that can give him a real chance of making future progress with the Club. He’s quick, powerful and technically very good off both feet. Scoring goals comes naturally to him. He has put in some excellent performances for the youth team this season.

“We want to keep our best young players at the Club, and Jake is very much at the heart of that strategy.”