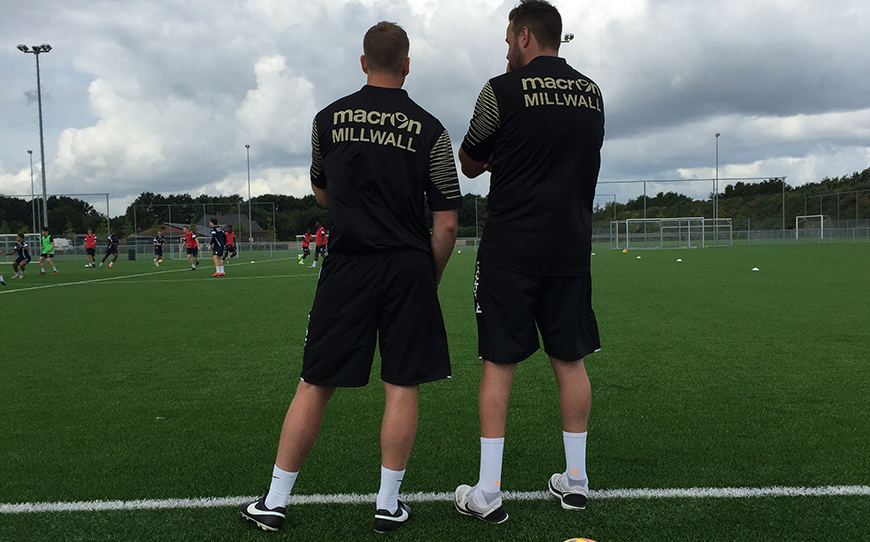 First of all I would like to introduce myself and my team. My name is Noel Leighton and I am a 16-year-old, first-year scholar, at Millwall Football Club.

Unfortunately, I am currently injured with a meniscus injury. However, thanks to the LFE, I, alongside 17 teammates and seven of our coaching staff have travelled to Tilburg, Holland, to have a 12 day pre-season tour.

We will be training intensively throughout the trip and will be playing three games overall. During the next dozen days or so I’ll be documenting the teams and my own personal experiences through this blog.

Our trip kicked-off on Monday morning with an 0700hrs departure from The Den to arrive at Heathrow for 8:30am.

Our flight was scheduled for 11:55am, however, due to a number of delays we didn’t actually board the plane until around 2:30pm!

The flight felt quick and was only an hour in total. We touched down in Amsterdam, Holland at 3:29pm (4:29pm local time) (the rest of this blog will be in local time).

On arrival it’s fair to say that some of the lads were underwhelmed by the weather. We headed from the airport at 5:45pm, by coach, to Tilburg and to the Van Der Valk Gilze hotel. We had originally planned to train that afternoon, but due to the delay there was no longer time. That pleased some of the lads!

We arrived at the hotel, unpacked and then had our dinner, which was very nice. We then walked up to where we will predominantly be training over the tour. By the time we had wandered there and back to the hotel it was getting late (9:15pm) and we had agreed we were to be in our rooms for 10. Therefore, we had a little bit of free time and that was it for the day, pretty intense!

Our first full day in our new base began with breakfast at 8am – a bit too early for some of the boys!

After that, we took full advantage of the hotel’s facilities and spent an hour and a half using their gym facilities to work away on our weight training programmes which have been constructed by our sports scientist in tandem with our strength and conditioning coach.

Now it was time to train, finally! We also got to try out our most common mode of transport for the tour – a bicycle. The whole team and staff enjoyed this unique ‘tradition’, although some looked ridiculous! We cycled to our training camp, about a 5 minute cycle, and began the session. I, being injured, was not able to take part in the cycling so had to walk, although it was a laugh watching some of the lads struggle on their bikes. Team Sky we were not!

Everyone was keen to get training underway and it was a very intense session. For that reason we were all very excited (more like starving) for our lunch.

After lunch, we had a couple of hours of free time, with some of the team exploring the town around us. But today was a double session, and so we were soon back out to training and ready to go again!

The boys left on their bicycles for the training camp, but I stayed at the hotel with a fellow recovery teammate and our sports scientist. We again took full advantage of the hotel, first using the gym for a muscle roll out and then the

swimming pool for some mobility work and recovery exercises. The boys returned very tired, and I was told it was another intense session.

The boys were keen to get some food inside them and we had an earlier dinner. After this we had a little meeting about the upcoming days and how the program we are on will help us. We were finished by about 8:30 and then with some free time remaining, the boys went for a well-earned chill!

Another very eventful but enjoyable day – although some won’t admit it, being knackered!