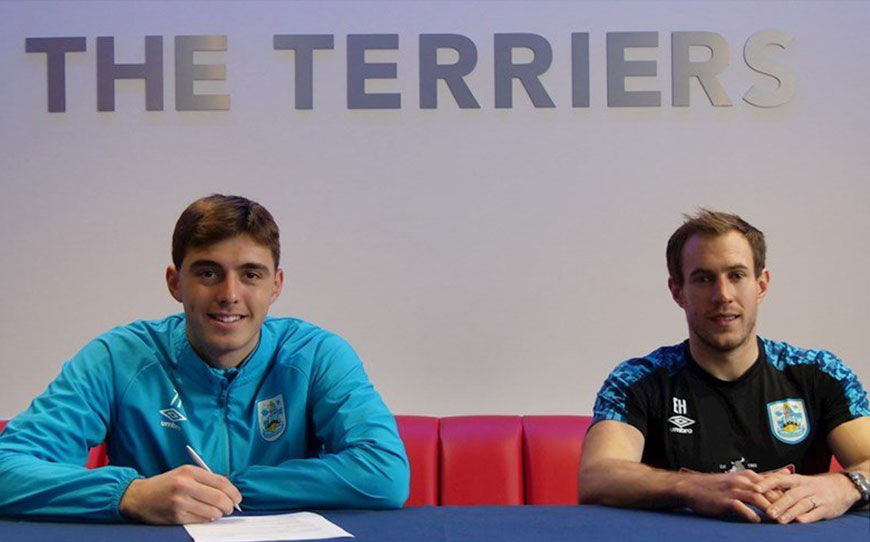 Huddersfield Town academy goalkeeper Nicholas Bilokapic has penned his first professional contract, extending his stay at the club until the summer of 2023, with the option of a further 12 months.

Eighteen-year-old Bilokapic was a trialist with the Young Terriers in December 2019, recording a clean sheet in a 2-0 win against Hibernian, and went on to join on a permanent basis two months later.

The second-year apprentice, who has been involved in matchday warm-ups for several first-team games this season, was part of Australia’s Under-17 World Cup squad in 2019 and has been capped at Under-18 level.

Academy Manager Emyr Humphreys told the club website: “Since joining our academy, Nick has gone from strength-to-strength and completely deserves this moment.

“He has had some great experiences of being part of the first team matchday warm-ups and featured for the Under-19s, so we hope those opportunities continue to inspire him.

“The hard work must continue for Nick. He must keep pushing himself in training and be determined and focused to keep developing.”