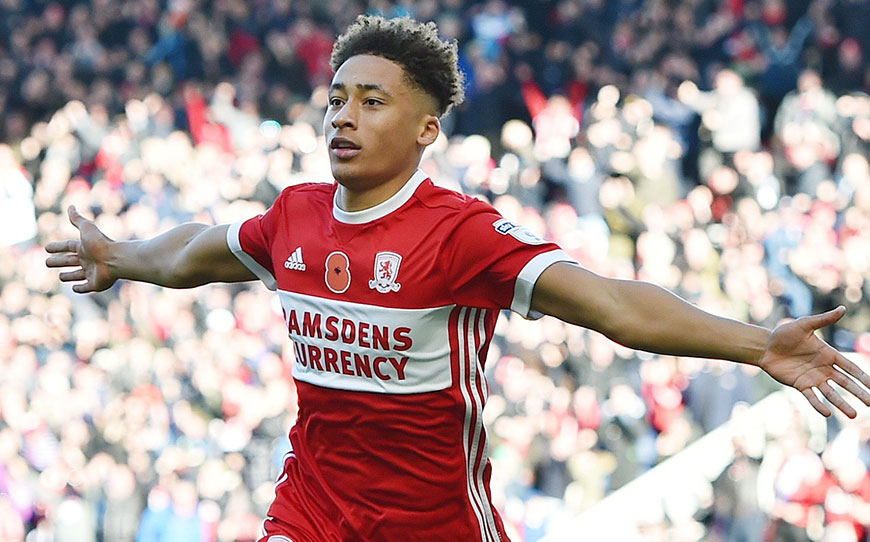 Milton Keynes Dons have added Middlesbrough youngster Marcus Tavernier to their squad on loan until the end of the season.

The 18-year-old has progressed through the ranks quickly at the Riverside, making 18 appearances in the Under-23s during the second year of his apprenticeship.

Tavernier was handed his first-team debut with a start in a 3-0 Carabao Cup win against Scunthorpe United in August and established himself as a permanent member of the senior squad under Garry Monk by October after netting seven goals in 10 games for the Under-23 side.

In total, the teenager gained eight appearances this season, including the Tees-Wear derby against Sunderland when he netted the decisive strike in a 1-0 victory, although his last outing came as a late substitute in Monk’s final game in charge at Sheffield Wednesday in December.

Tavernier, who signed a new three-and-a-half year contract last month, told the Dons website: “I’m really pleased to be here and I’m ready to get started. Ever since I heard of the interest I’ve wanted to play down here.

“My brother (James Tavernier) used to be here and he advised me to come down, as did Patrick Bamford and Lewis Baker, who are at Middlesbrough. This club is known for bringing players through so hopefully I can be another one of them.”

Meanwhile, Manager Robbie Neilson said: “He’s a player we’ve watched for quite a while now and we’ve worked hard to get him in.

“I’ve talked to a few people about him and they all spoke extremely highly of his character and his work-rate. He’ll bring real quality to us – he’s got real energy and great pace too.”