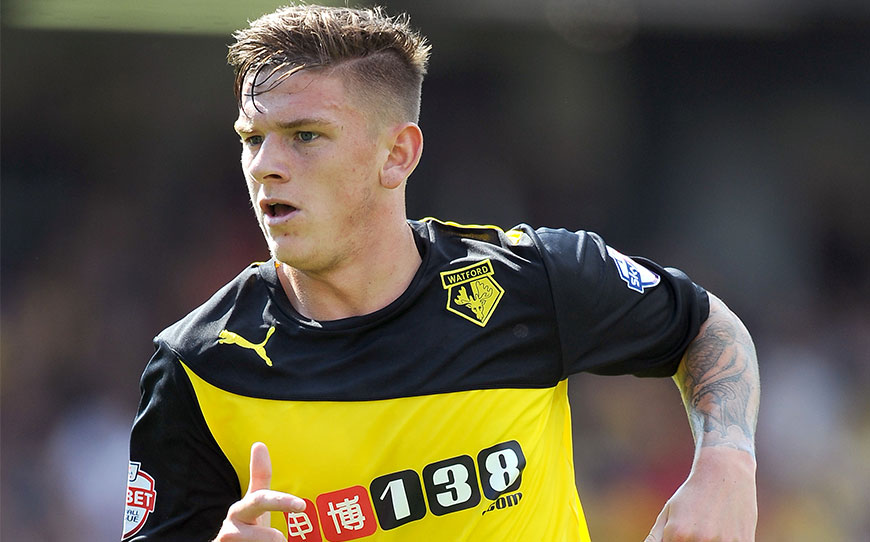 Swindon Town have completed the signing of Sean Murray from Watford on a free transfer.

The 22-year-old joins on a one-year deal, though the club retain an option to extend that by a further year.

Murray made his Hornets debut in May 2011 against Preston at the age of 17. The academy graduate went on to make 84 appearances in all competitions.

The former apprentice was a mainstay in the side in the 2013-14 season under Gianfranco Zola and Giuseppe Sannino, but hasn’t featured in a Watford shirt since an FA Cup tie with Chelsea in January 2015.

Murray, who has represented the Republic of Ireland at Under-21 level, made eight appearances on loan at Wigan Athletic last term.

“I’m really happy,” he told the club website. “Being at Watford, I haven’t really played too much and I really wanted to get out and just play some football.

“I’ve seen Swindon play a few times and the way they play football is the way I would like to play, so it is really great that I could get it sorted and come here.

“I like the way they play and it will suit me down to the ground, so I’m very happy. I’ve played a few games in the Championship but I’m still quite young and I’ve still got a lot of developing to do, so coming to a club like this will benefit me.

“The more games I play the more I’ll progress and as a team we’ll get better at doing that – I’m really excited. The aim for this season is to get promoted so if I can help towards that then I’ll be over the moon.

“I just want to hit the ground running and have a good start to my career here. If the manager gives me the chance to play on Saturday then I’ll be looking forward to it.”