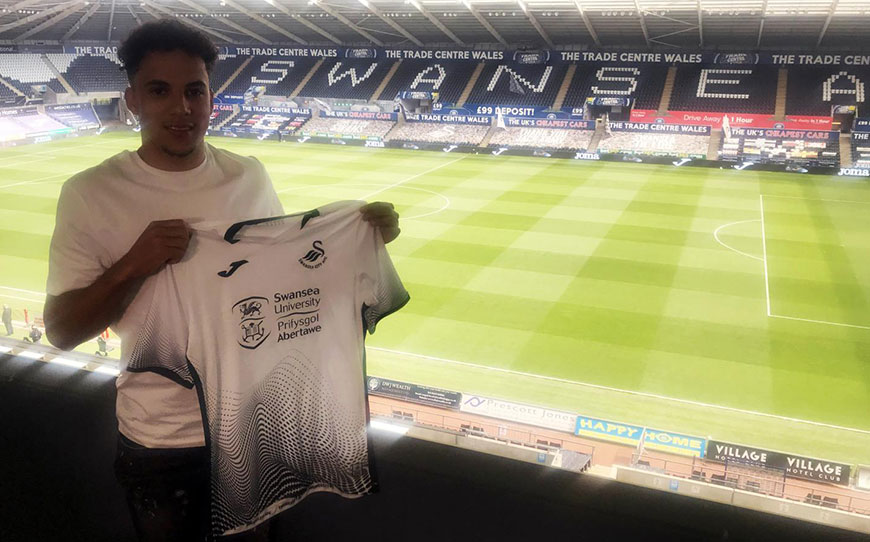 The 19-year-old left-back, who left North End at the completion of his apprenticeship last summer, will link up with the club’s Under-23s team, having signed a one-year contract with an option of a 12-month extension.

“It’s a great opportunity for me. It’s a nice club, the surroundings are great, the training ground is lovely and the coaches are experienced,” McFayden told Swansea’s website. “The system played here suits me down to the ground. I’m 19 now, so it’s good to have a change. I’m not fazed by the challenge. Moving to Swansea is good for me in terms of football and life skills.

“By joining now, it gives me a head start for next season. I’ve got to know the lads and they’ve given me such a nice welcome. The trial went well and I’m delighted to have signed for Swansea. The trial gave me a chance to see how the team played, my general feeling of the club, and vice versa. So it was a perfect fit for both parties.

“It’s important these days to see there is a route to the first team. A head coach who gives youngsters an opportunity is so important, and that’s what has happened here. It’s very encouraging to young players. You don’t want to get lost in the Under-23s.

“Hopefully I can make an impact in the Under-23s and get an opportunity down the line with the first team.”