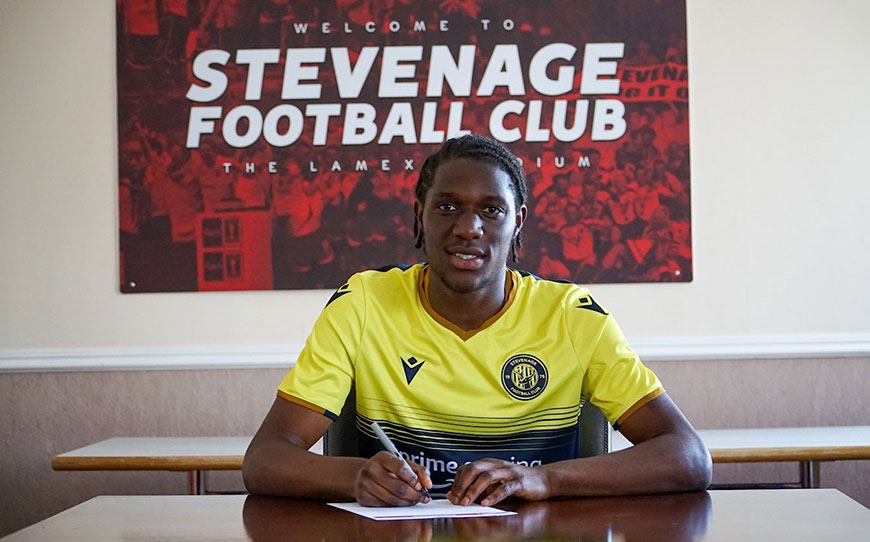 Stevenage first-year apprentice Sam Tinubu penned his first professional contract with the club and then featured on the first-team bench just hours later for a Sky Bet League Two victory over Hartlepool United.

Manager Alex Revell told the club website: “It‘s great when you get to reward a player who has progressed through the academy system with a professional contract.

“This is the start of the ladder for Sam. He has shown outstanding qualities since starting as a full-time scholar in July and we are excited to see where his future takes him.

“This is also a great day for everyone at the academy, who dedicates their lives to give the young players the best opportunity to make it as a professional footballer.”

Jorden Gibson, PDP Lead Coach, said: “Sam has certainly impressed this year. He has been a joy to work with and has matured massively since the first day of pre-season. Everyone at the academy is delighted for him.”