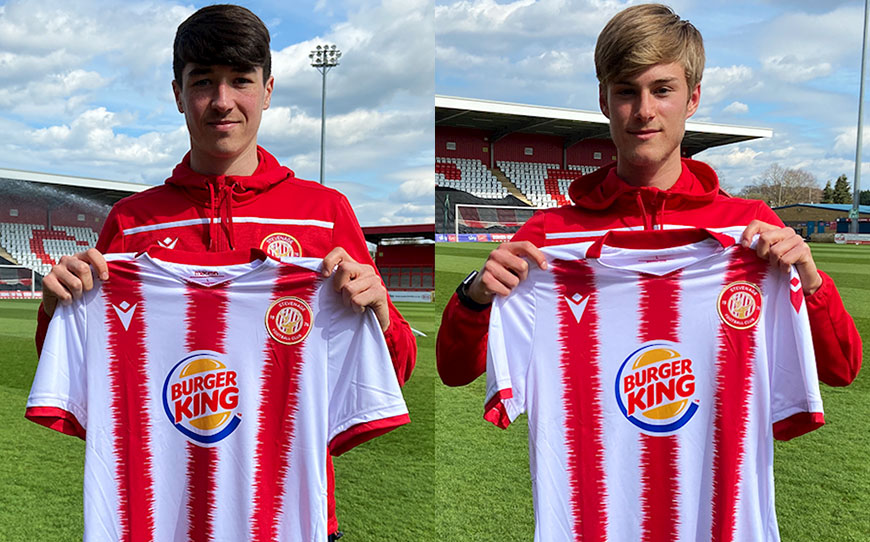 Stevenage FC teenagers Sam Dreyer and Alfie Williams have both signed their first professional contracts having impressed at Under-18 and Under-23 level this season.

The 17-year-olds follow in the footsteps of fellow second-year apprentice Mackye Townsend-West, who penned his deal in October.

Academy Robbie O’Keefe told the club website: “Defender Sam Dreyer followed a very similar path to Ben Wilmot in that he was a central midfielder that we quickly saw had better attributes as a centre half. He’s been a centre half since Under-14s, and has made the transition there really well.

“Captain of the scholars this season, he has led by example. He has been outstanding in Under-23 games, trained with the first team and made some really good impressions up there.

“Midfielder Alfie Williams has been with us since he was released by Tottenham at Under-12s. He is an offensive, flair type player and has been getting more and more consistent in his performances while adding to his individual attributes.

“He is another one who has really blossomed from the Under-23 programme we have put in place this season. He has put in a number of standout performances that have convinced everyone that he is worthy of a professional contract.”