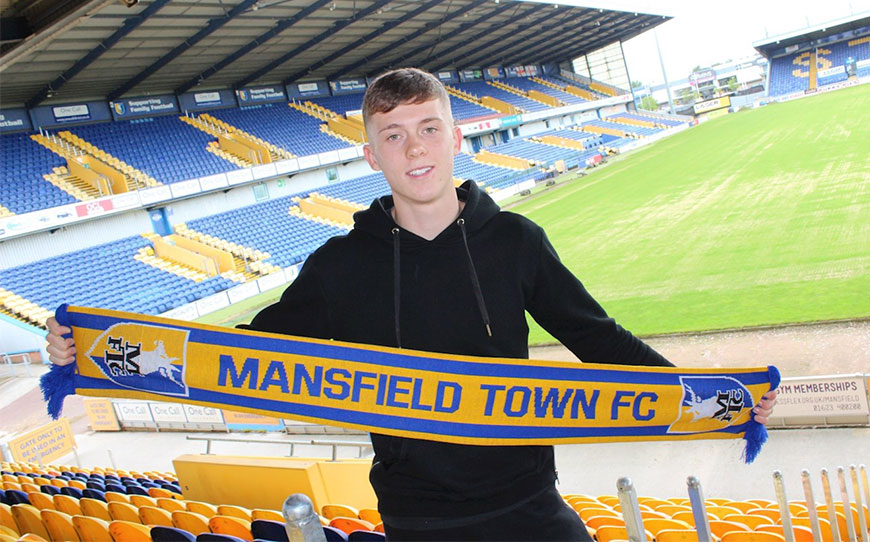 Mansfield Town have secured the future of promising striker Jimmy Knowles, who has signed a two-year professional contract with the club.

Knowles, 17, caught the eye last season with a prolific goalscoring record in the Under-18s, while he also made an impact for the reserve team, including a four-goal tally against Port Vale in March.

That performance led to the teenager earning first team involvement towards the end of the 2018-19 campaign, gaining a spot on the bench for a trip to Exeter City.

Knowles told the club website: “I’m over the moon – to finally sign my first professional contract really is a dream come true.

“I’d like to have a good pre-season and get some minutes on the pitch and see where that takes me. I want to make my debut and hopefully score a goal. I’ve just been trying to keep as fit as I can ready for the upcoming season.

“The manager (John Dempster) makes you work hard – which is a given in football – but he also wants to win. That’s been proven over the last few years by winning the youth team titles.”