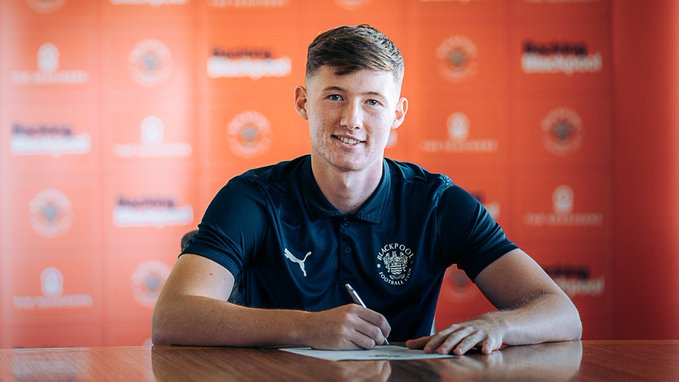 The18-year-old defender officially pen-to-paper on a one-year deal on Wednesday, which includes an option for a further 12 months.

Part of the successful under-18s side that lifted the Lancashire FA Pro-Youth Cup earlier this month, Squires made a total of 44 appearances for the youth team throughout the 2021/22 campaign.

Upon signing the deal, Squires told the club website: “I’m delighted. Many years of hard work have led to this, so obviously I’m very happy. We’ve had a good run in the FA Youth Cup, won the Lancashire FA Pro-Youth Cup and performed well as a team this season. I’m really pleased to sign this contract.”

Academy Director Ciaran Donnelly added: “I’m extremely proud to see Will sign his first professional contract with the Club. He has been with us since the age of eight and progressed right the way through the Academy.

“In the last 18 months, Will has really grown as a player and as a person, and we’re excited to see if this upward curve can continue further. He’s a pleasure to have around our environment and has an ultra-professional approach to everything he does.”