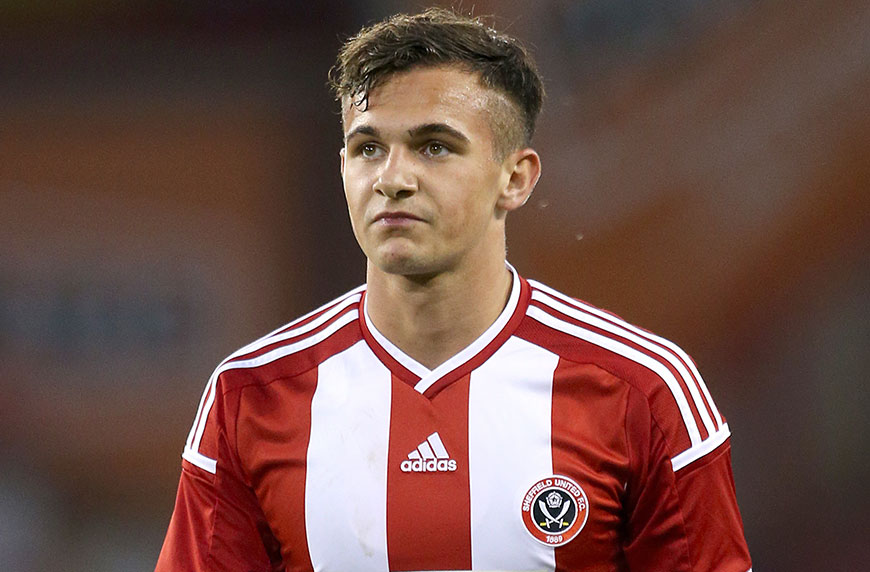 The 21-year-old has made just one first-team appearance for the Robins as a substitute during extra-time in an EFL Cup victory over Scunthorpe in August 2016, but has made a prolific start to the season in the Under-23s, netting a hat-trick against Burnley.

A boyhood Chesterfield fan, he told the club website: “My dad’s been to Chesterfield a few times rather than coming to watch me play, so I think he’ll be happy with it.

“The rest of my family and friends will be really excited to come and watch and if I can perform on the pitch it will make them proud and make them want to come back to watch more games.

“I’m really happy and looking forward to getting going, meeting the boys and seeing what I can achieve here.

“I used to go to Saltergate when I was younger and I’ve been to the Proact a few times as well, I’ve always followed Chesterfield, so I know how good of a club it is, what it can achieve and where it should be.”

The Italian Under-20 international, an LFE Goal of the Month candidate in September 2012, began his career as an apprentice at Sheffield United and was handed his senior debut in the EFL Trophy against Coventry City in December 2012.

He experienced successful loan spells at York City and Northampton Town before departing the Blades by mutual consent in June 2016 having amassed 10 appearances in total for the club.

“Diego has got tremendous talent which he’s yet to fulfil,” Spireites manager Gary Caldwell said. “Coming home to Chesterfield, hopefully he’ll feel settled and comfortable and that will help him.

“He’s in good form and I’m delighted to be able to bring him to the club to further strengthen the forward line.

“The club owner and the board deserve great credit for providing me with the backing to do the deal and I’d also like to thank Bristol City for the professional way they have handled negotiations.”

De Girolamo spent the start of the calendar year on loan at Cheltenham Town, scoring three times in a 6-1 win in the EFL Trophy against Leicester City Under-23s and he will be hoping to replicate that form with his latest club.