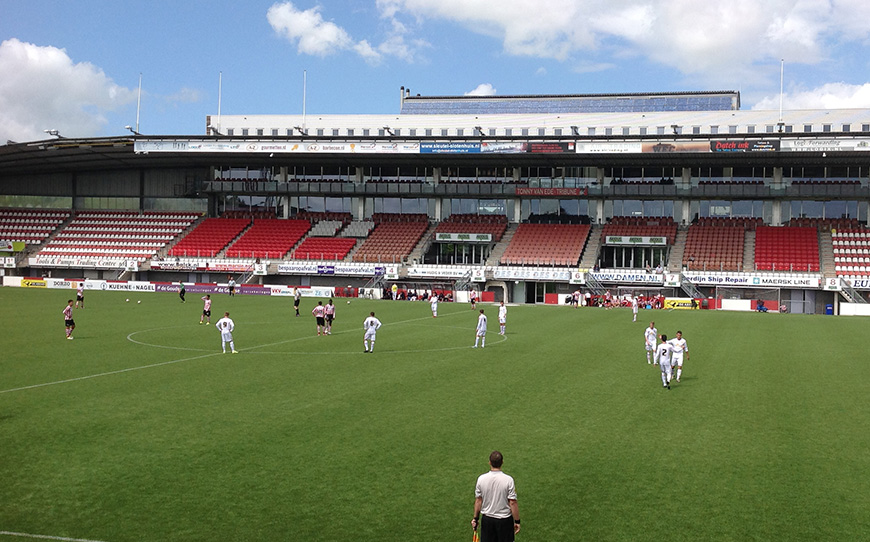 Crewe went down fighting in a 2-1 defeat at the hands of Sparta Rotterdam.

Despite dominating possession for long periods particularly in the first 45 minutes, Alex fell behind and while Tom Quinn headed an equaliser Sparta capitalised on a late lapse to edge it 2-1.

While Crewe dominated the early passages of play with some good technical skills they were unable to convert possession into a meaningful goal threat. And they were subsequently punished as Sparta converted a well-worked corner-kick to take the lead against the run of play.

The hosts used the momentum of their goal advantage to impose themselves on the game and impressed with some excellent approach play. Alex keeper Kieran Harrison made several outstanding saves to deny the hosts and his team-mates repaid his heroics by crafting an equaliser.

After a short corner, defender Quinn rose highest to meet the curled cross at the far post and his powerful header found the top corner.

The Dutch side made wholesale changes at half time and they used their fresh legs to good effect at the start of the second period, forcing keeper Harrison into action once again.

Confusion in the Crewe defence allowed Rotterdam a guilt-edged chance to go 2-1 up, but having finally beaten the keeper, they failed to capitalise by missing an open goal.

But after a commanding second half display, Sparta weren’t to be denied and finally scored past man of the match Harrison with five minutes to go, meaning Alex are still searching for their first win of the LFE preseason trip.