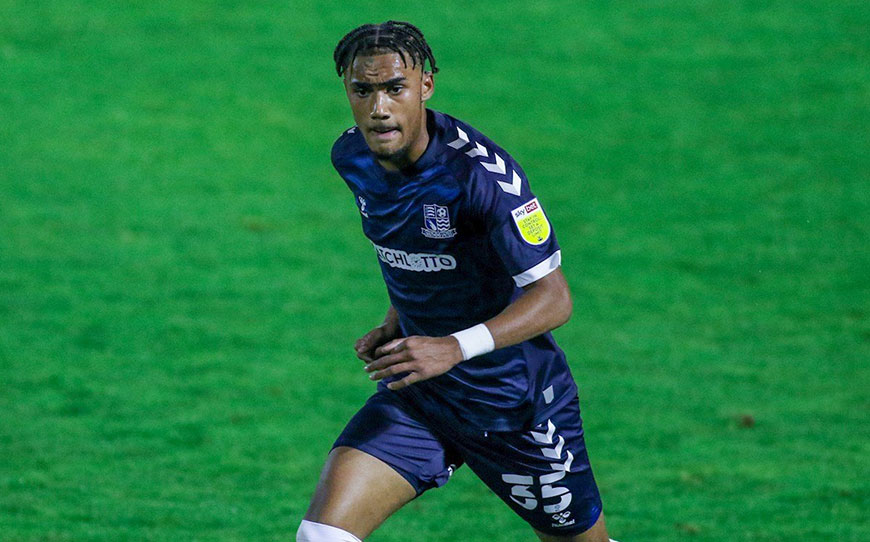 The talented striker, who has scored 14 goals in 31 outings at Under-18 level, is Southend’s third youngest ever player, having made his first-team debut as a 16-year-old during a 2-1 Sky Bet League One win against Lincoln City in February 2020.

Coker added four more appearances to his name, all as a substitute, but will now form part of Norwich’s academy setup following a successful trial period this month.

“We played Norwich during the season and Kenny had a really good game, which highlighted him,” Southend Academy Manager Ricky Duncan told the club website. “He’s something different which they haven’t got. They came and watched him a few times and he was scoring quite regularly.

“When they came in for him, then the two clubs had to agree, which they did eventually. Kenny went and had a trial up there to make sure it was what he wanted to do and it was a big decision for him and his dad because they live locally.

“I think the draw for him going to a Category 1 Academy at a club that have just been promoted to the Premier League was too much to resist and from our point of view, it’s another pathway for players at the club.

“I know that fans want to see them go into our first team and so do we, but these clubs can come along and we have to accept that we’re going to lose a few every now and then. The first pathway is our first team, and Kenny did do that with us at Southend.

“But it’s hard to stop a young lad going to a club at their level. Hopefully if we can get back up to the Championship, I think then it’s harder for players to leave us, but at the moment, where we are, it’s a great opportunity for him.

“Financially for the football club, if we’re not producing players for our first team but we’re bringing finances in, then we’re doing both jobs. The Chairman backs the academy and I want to thank him for his long-term support because, despite the club’s relegation, he’s publicly come out and said he will back the academy again, which is great because it settles the staff and players down knowing that he is still supporting it.

“Without his support we wouldn’t be able to run it, it’s as simple as that. The academy has been a success story, so as long as we can maintain that, we will have more Kenny’s hopefully in the first team or being sold.”