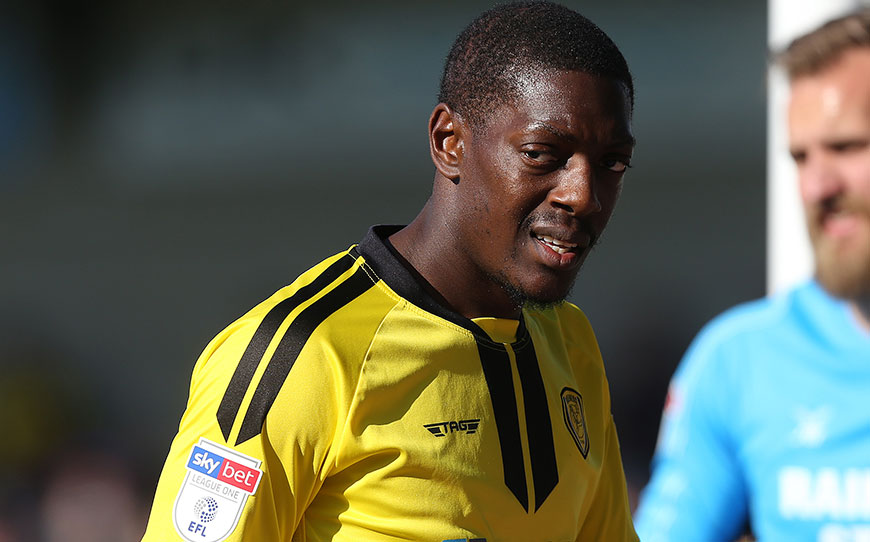 Marvin Sordell has reached some of the highest heights as a footballer. At 27, the former Watford apprentice has played in the Premier League for two clubs, represented England at youth level and featured for Great Britain in a home Olympics during the London 2012 Games.

But football is just a small piece in the puzzle when describing the Burton Albion forward.

“It’s healthy to have other things that you enjoy outside of your workplace,” he told LFE. “I think that sometimes we forget that you start playing football because you love the freedom of running around and you’d come home from school or other things that might have caused you stress and you’d get a ball and kick it around.

“That was your hobby and your escape, so when football becomes your profession, it’s no longer your escape, it’s your life. Going into a club as a first-year apprentice is probably the biggest jump you’ll make in football.

“From Under-16s to the youth team, you go from football being something you enjoy doing as a hobby to suddenly being your full-time work. You’re training nearly every day and football is your job because that’s what you’re getting paid for, so you really are at the start of a professional career.

“No matter how long you play for, there is always going to be a new phase of your life after football, whether that’s at 18 or 35. Going into a new world can be very daunting if you don’t prepare for it.”

Sordell is more qualified than most to offer advice on the importance of mental health. Depression has been a recurring obstacle in his life, which at its most extreme led to a suicide attempt in 2013. He said: “Players need to be as strong mentally as they are physically. You can build an amazing house, but none of it matters if the roof is leaking. If you’re not healthy in your mind then it doesn’t matter how great you are technically, tactically or physically because you won’t be at your top level.

“I found it difficult to find a balance between football being my job and something that I love to do. When you’re going through a tough spell on the pitch it can really take over your life and it can spiral into a major problem.

“At that time, you’re very negative, very lethargic. I wasn’t eating or sleeping well. We like to keep things bottled up regarding mental health and that’s part of the problem, we don’t let ourselves be vulnerable.

“Since I have spoken out, I’ve received so much support and positive feedback, so I can only encourage others that might be struggling to speak out and talk about things as much as you can. You’d be surprised how many people want to help and how many people are going through or have experienced similar things to yourself.”

In a move to address player welfare concerns, the EFL has partnered with Mind – a significant first for English football – with the view to raising visibility of mental health problems in the industry.

Since being at his lowest ebb, Sordell has made a conscious effort to develop himself as a person off the pitch by using his spare time to focus on other interests in order to create an identity broader than just football, which he believes has ultimately helped to improve his emotional well-being.

“From when I was quite young I was always interested in learning,” he added. “Writing just happened really and I’ve just fallen into it. I’ve always loved to cook as well and I’ve said that if I hadn’t have forged a career in football then I would’ve tried to become a chef.

“There are so many things that you can explore and I think as professional footballers we’re actually in a unique situation because we generally have some disposable income and we have a lot of free time.

“If you spend some of that time putting your energy into something that can help your future then that’s going to be hugely beneficial and I don’t think that takes anything away from trying to achieve great things in football. Being a well-rounded human-being is likely to help your football.

“When you’re young, it’s easy to think that you have to dedicate all your time to football, but in reality you can fit in a few hours a week to pursue other things that can benefit your life by making a positive impact on your mental health, which can then also aid your career because you’re in a healthier mindset.

We’re footballers, but first and foremost we’re people. As much as we want to develop as players, we need to develop as people. It’s inevitable that football ends at some stage so life as a footballer is limited, but what you can do beyond the game has much fewer boundaries.”

Now, the ex-England Under-21 international has formulated a work-life balance that enables him to perform on and off the pitch. He established himself as a key figure in Burton’s team since joining in January 2017 and contributed to their recent run to the semi-finals of the Carabao Cup, although injury ruled him out of both legs against Manchester City.

Meanwhile, outside of football, Sordell has learned to play the piano to a competent standard, he is developing his grasp of the Spanish language and is close to becoming a published author, with his upcoming book ‘Vulnerable Exposure’ consisting of a mixture of poetry and prose.

“Being creative in many different ways has helped,” he continued. “When you’re judged solely based on the next training session or the next performance on the pitch then it can be difficult to be a happy person unless you have a separate identity away from the game.

“I also like reading about psychology and stories from people who are successful in sport. I’ve read about great leaders in history like Alexander the Great and great creators in history like Picasso and Shakespeare. I enjoy understanding how and why people become successful, I want to gain a better understanding of mental health and why I and other people feel a certain way.

“That’s just me wanting to learn more and we’re in a time where everything is so readily available to us, whether it’s through reading books or articles or finding things online. We should use the tools at our disposal to progress and become more rounded individuals.”

Having tackled his demons, Sordell is living with a healthier state of mind. And now his objective has shifted to helping others, taking up a role as an Ambassador for the charity CALM and expressing long-term ambitions to increase activity involving the Marvin Sordell Foundation.

“I’m humbled by the experiences I’ve had in life, the people I’ve met and what I’m able to do,” said the former Bolton Wanderers and Burnley striker. “Being able to write and share my story and also give advice to younger generations of people is something I feel very committed to doing.

“As you progress from being an apprentice, a lot of the responsibility of your life is shifted towards you. You might move out of digs or your family home and suddenly have to learn to be more independent. You might have more money and have to learn how to handle and invest that sensibly.

That means you really need to grow as a human-being, not just as a footballer, so having other passions and hobbies is a great thing because it gives you an opportunity to grow an identity beyond the game.

“I never take my career for granted. I work hard every day but I also enjoy it and that’s one thing I make sure not to lose sight of. You play the game for fun when you’re young and then as you get older it becomes more serious, but now I’ve made a conscious effort to make sure I’m just enjoying it and see where that takes me.”