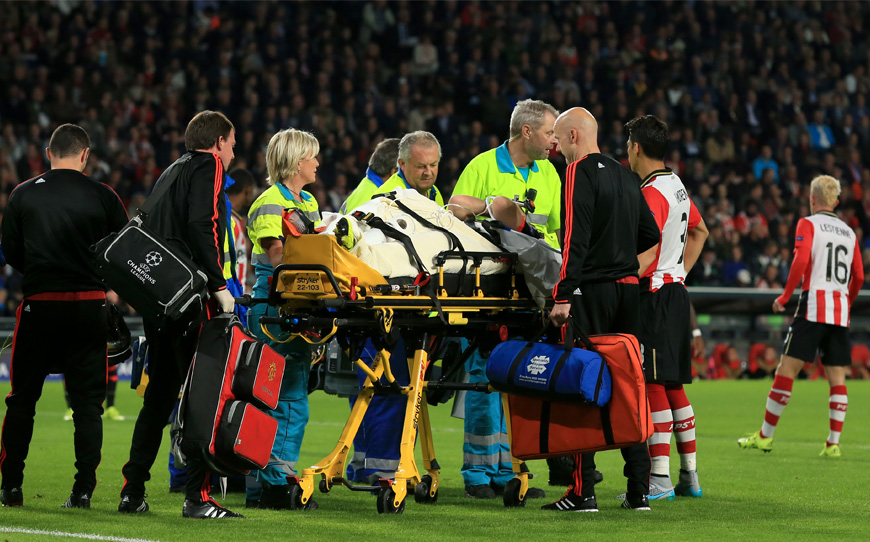 Luke Shaw has thanked his well-wishers after suffering a broken tibia and fibula in Manchester United’s 2-1 defeat at PSV Eindhoven.

The United and England left-back took to Twitter less than an hour after sustaining the horrific injury.

With hundreds of messages of support flooding in – Shaw first thanked his former club Southampton before tweeting, “Thank you everyone for your messages, words can’t describe how gutted I am, my road to recovery starts now, I will come back stronger.”

Football’s show of support for Shaw:

We’d like to send our best wishes to @LukeShaw23 following his injury while playing for #MUFC tonight. Come back stronger, Luke. #saintsfc

The pictures look bad. Feel so sorry for #LukeShaw after he started the season so well. #getwellLuke #MUFC #PSV

Defeat hurts, but @LukeShaw23‘s injury hurts even more. We hope you come back even stronger!

Gutted for you mate hope you have a speedy recovery @LukeShaw23

I feel very sorry for @lukeshaw23 because of his terrible injury. Get well soon and come back stronger, my friend! pic.twitter.com/bHAkGttnM8

Gutted for Luke shaw , best full back in the league this season ! Hope he makes a speedy recovery !