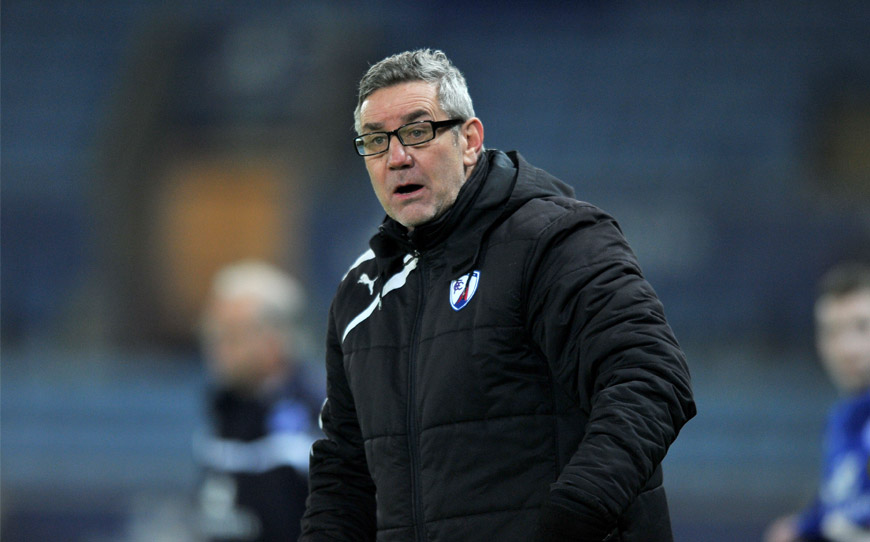 By Jack Furness: Chesterfield academy manager Mark Smith has challenged Under-18 midfielder Joe Rowley to continue showing that he is a cut above a “bog standard” midfielder.

While the Spireites U18s went down to a 3-1 defeat at Burton Albion last time out, Rowley impressed with his forward runs and range of passing causing opposition defenders problems.

And Smith wants more of the same going forward. “He’s an honest kid, he’s a trier, he’s got a bit of skill but what was really good was that he was constantly looking to join and support the front,” Smith said. “He was responsible for the goal we scored by running ahead of players.”

“That’s what we try and get the midfield players to be doing- running beyond the strikers, and if you can get into that kind of habit you become a different kind of midfielder rather than just a bog standard run of the mill midfielder. I think when Joe gets in the box he has got that technical ability to make things happen.”

Chesterfield face Lincoln City this weekend. The Red Imps are one of four teams level on 27 points at the top of the North East Youth Alliance, while the Spireites sit in a distant 10th position. However, Smith is not making any special plans to face his lofty opponents.

He said: “There are always things to be working on, we have a set syllabus that we work on. We have a common set of skills and challenges to work on, playing in a certain way around the edge of their box.”

“It didn’t happen a lot [against Burton Albion] and we are usually better at it but we will take that into the next game and kids being kids who knows, we’ll probably get a win!”